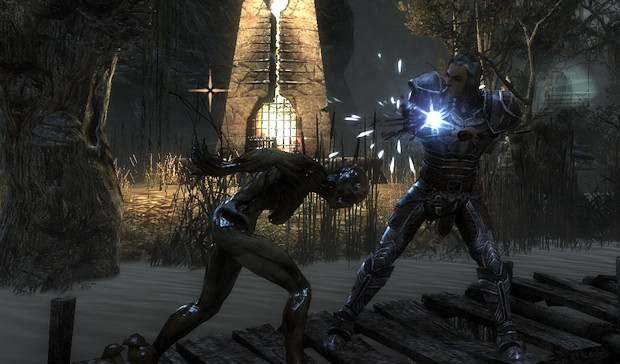 The latest victim of the big 2009-to-2010 exodus is highly-anticipated RPG sequel Two Worlds II. Greatly hyped for its innovation, graphical achievements and riveting storyline, Two Worlds II was set to be the gaming event of the year, surpassing Modern Warfare 2 to become the greatest selling game of all time. Now it’s been pushed back to Spring 2010, and we can only pray that it keeps the smash-hit momentum that it’s been having.

Sarcasm aside, this is just one of many delays that the game has seen, and following the reception to the recently released trailer, it’s no surprise that publisher Southpeak has pushed the game back. We’ll be keeping an eye on how this game progresses, not least because the developer actually challenged Destructoid to try it for ourselves — a challenge we most graciously have accepted.