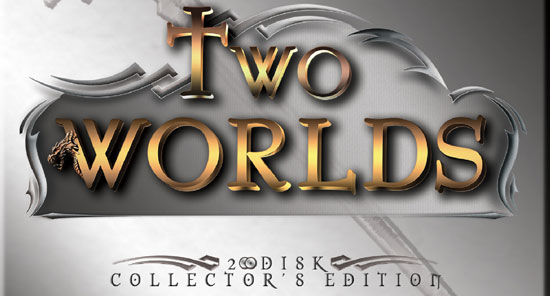 Southpeak Games have announced today that their upcoming “looks more like Oblivion than Oblivion” RPG Two Worlds, will also be available in a collector’s edition flavor. Because, you know, a game isn’t a game unless it has a collector’s edition.
Both the Xbox 360 and PC versions will come in in a holographic slipcase and will include: a map of the the game’s world; a bonus Pen and Paper 72 page color fantasy RPG book, and a second disc that contains bonus music and video content (including a web kit so that gamers can spend less time gaming, and more time making Web sites … sounds familiar).
The PC edition will also include exclusive unlockable in-game items, while the Xbox 360 version will come with a 48 Hour Xbox Live Gold Trial card. You know, the same card that comes with every single freakin’ other Xbox 360 game. Collectible indeed.
Two Worlds will hit shelves on August 7, and the collector’s edition will be $69.99 for the Xbox 360 and $59.99 for the PC.