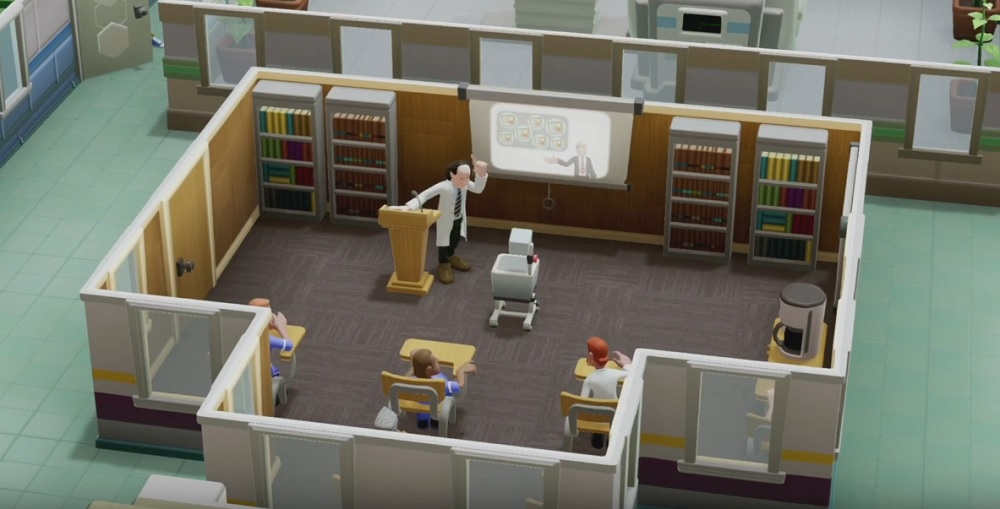 The Doctor will see you soon

After an unfortunate delay, we have a release date for the console point of Two Point Hospital, that will finally be open for business on PS4, Xbox One and Nintendo Switch on February 25, following on from its PC release earlier this year.

Set in the Two Point Digital Universe (that I’ve just invented), Two Point Hospital is a management sim that tasks players to maintain the efficient management of the titular care centre. The console port will not only have a rebuilt UI and control system for the new platforms, but it will also include two previously-released expansion packs: Bigfoot and Pebberly Island.

Of course, it’s impossible not to draw comparisons on Bullfrog’s classic 1997 release Theme Hospital. But these comparisons are very apt, given Two Point Hospital was developed by Bullfrog alumni Mark Webley, Gary Carr, and Russell Shaw.

Two Point Hospital is available now on PC and launches on PS4, Xbox One and Nintendo Switch February 25.