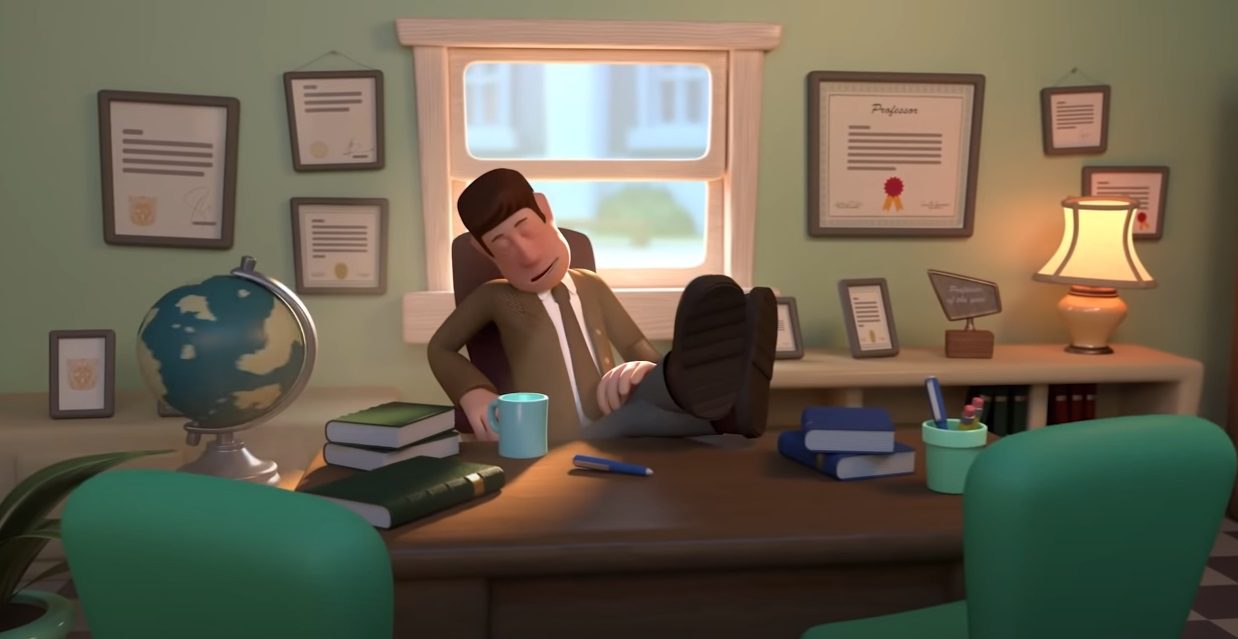 And if movies taught me anything, there’s a crusty, bitter old Dean

Fans of Two Point Studios fun hospital management title were given a new look at the team’s next release yesterday with the first trailer for the previously leaked college-builder, Two Point Campus. The new title is in development for PlayStation, Xbox, PC, and Switch platforms, with a tentative launch set for 2022.

As one would expect from the fine folk at Two Point Studios, Two Point Campus — as the trailer below shows — will task players will constructing and managing a higher place of learning. From mapping the grounds and building the college itself, to managing the halls of residence, the staff, and the entertainment facilities, you will be responsible for putting together a fun, efficient, and economical college, while providing its students with a range of wacky courses from the sensible (Gastronomy and Science), to the sublime, (a literal “Knight school”).

“We hope that the incredible Two Point community will love all the new creative freedom that Two Point Campus will bring and that new players will be intrigued by its setting and the quirky world we’re trying to build, packed with our trademark humour and charm,” said Two Point Studios co-founder, Gary Carr in a press statement.

The Two Point team is built up of former Bullfrog alumni, including developers who worked on legendary ’90s management sims such as Theme Park and Theme Hospital. The team’s transition to the Two Point series has been a smooth one, which has resulted in Two Point Hospital being a fun, light-hearted, and deeply engrossing title to while away many an afternoon. Two Point Campus is expected to find a similar audience come launch day. All you need to decide now is whether your college will be a Harvard, a Brown, or better still, a Faber.