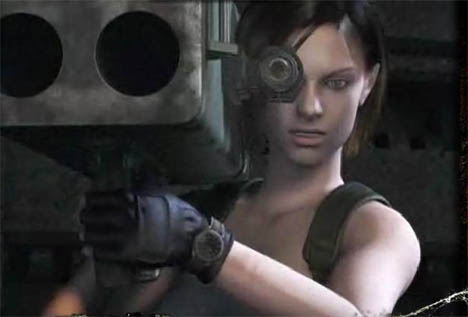 We’ve come across a couple of new Japanese Web sites for horror games this morning while sorting through the news.

Nintendo Japan has just launched a Web page for the new Wii Fatal Frame game. We’ve been hoping to hear a bit more about the latest in the series, Fatal Frame: Mask of the Lunar Eclipse, ever since we got a taste earlier this year. There’s not much in the way of new info now, and the “character” link is grayed out, but there are some pretty creepy images to hold you over for now. We’ll keep our eye out for updates.

The other, a Biohazard page, probably isn’t what you’re thinking. After heading over to Yamasa’s new Web page, you’ll be treated with a kickass CG Biohazard (Resident Evil) movie that recaps and mixes up the series’ events. When the explosions and guitars subside, you’ll find out that this is a page for a pachinko game. What a letdown! There is a bit of Jill Valentine action for fans, though.