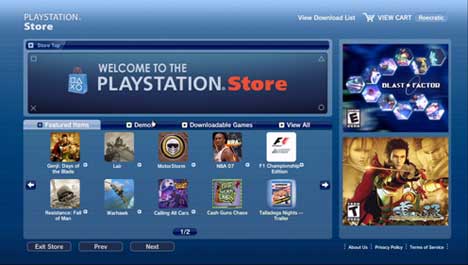 Hey Microsoft, check this out. Sony are releasing not one, but two games on their Playstation Network Store tomorrow.

The first is Lemmings 2. According to Sony, “The processing power of the PLAYSTATION 3 allows Lemmings 2 to better previous Lemmings games in all aspects, from detailed environments, to beautiful effects and richer animation.” So essentially, we’re talking Lemmings in 1080p for $5.99. While I don’t think there was ever a public outcry for a version of Lemmings with better lighting effects, the power of the cell processor is unstoppable and must be used to create a new Lemmings title.

Secondly, Go! Sudoku will be available through the network with a pricing structure not unlike that of another digitally distributed title on a competing console. You can pay $2.99 for the base game which includes one level of difficulty. You can then purchase further levels of difficulty for an additional $2.99 a pop, up to four levels. So if you’re kind of slow and not so good with the numbers, you’re spending three bucks. Not so bad. On the other hand if you’re, say, Pythagoras, you’re going to have to pony up some more dough.

But Sony’s not done there. The demo Playstation 3 users have all been waiting for, Genji: Days of the Blade, will be available for download. Now everyone with a PS3 can experience its impressive fire effects in all their glory. Because I wouldn’t want anyone to actually spend money to have to see them.

Between the recent (and reasonably priced) PSOne releases and some consistent new content, Sony just might be getting some things right.