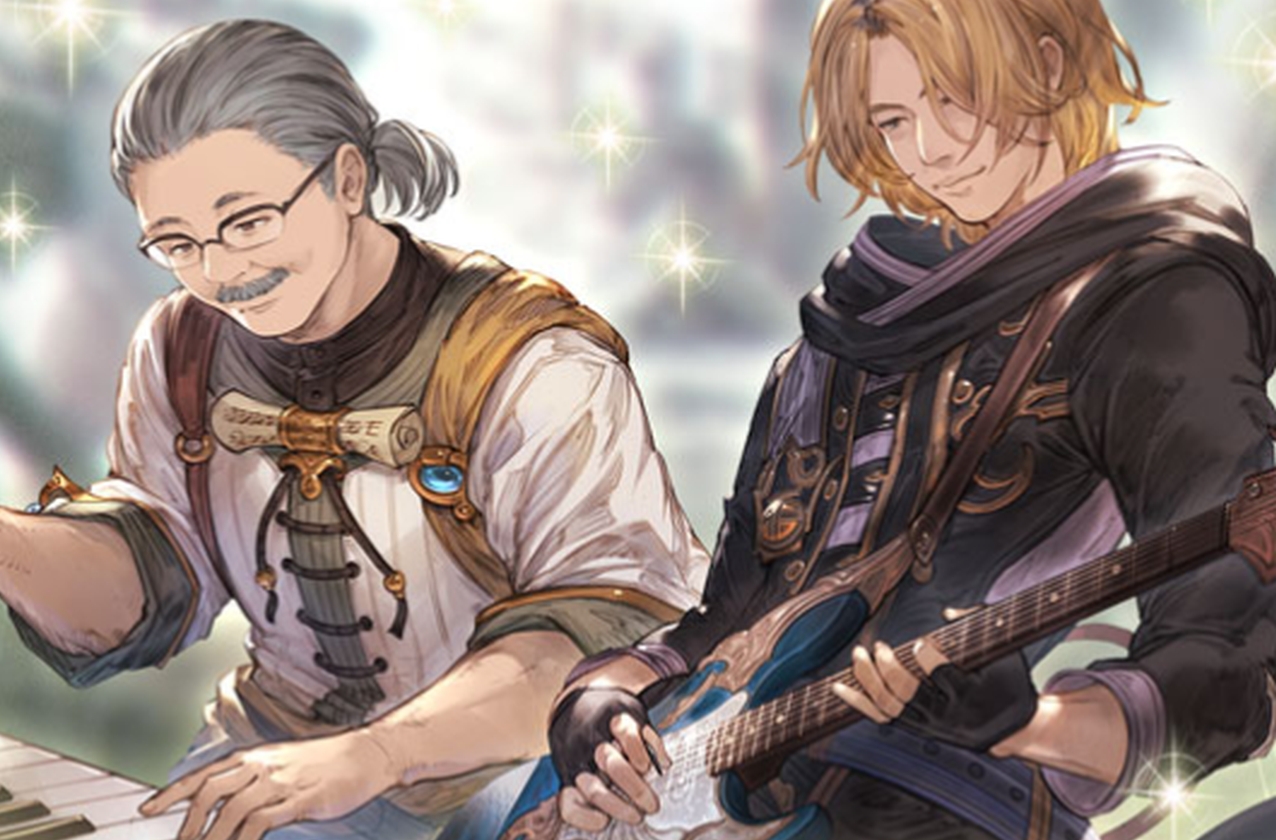 Nobiyo and Narita to the skies

From John Romero’s head in Doom to kicking the asses of the head honchos for both Square Enix and PlatinumGames in Nier: Automata, the phenomenon of game creators cameoing in their own work has a long and storied history. Add to that chronicle the latest event from Granblue Fantasy.

Titled “Together In Song”, the latest story event for the game mainly stars the musician characters Selfira and Elta, but the team at Cygames have opted to throw in a tribute to musicians of all stripes, and especially the real-life ones that helped bless the game with its soundtrack. Key in those roles are composer Nobuo Uematsu and Tsutomu Narita, who’re famous in their own right for their work on any number of other games.

They’ve been added to Granblue as characters in the event, named “Nobiyo” and “Narita”, and can be added to players’ array of special summon attacks. Nobiyo is a Light-element summon, but can be a boon for newer players with an on-demand healing and shielding effect when summoned as well as passive boosts to attack, HP, and item drop rates. Narita specializes in supercharging dark-element characters, with an effect that increases in magnitude the more dark-element summons players have equipped in their loadout. Not bad if you’re just starting out, really.

The event will be running until July 8th, and is available to all players.