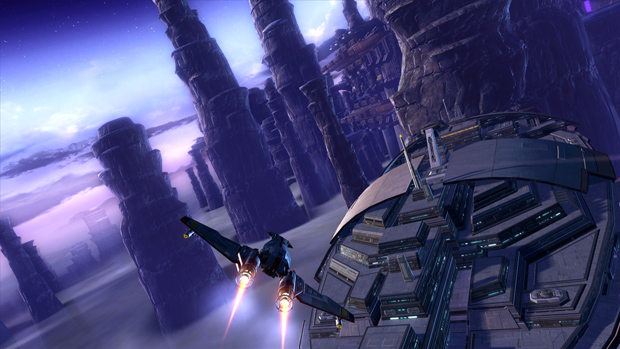 Looking at the year ahead for Star Wars: The Old Republic, senior producer Bruce Maclean says there are two more digital expansions on the way — “one similar to Galactic Starfighter in scope and one more closely resembling Rise of the Hutt Cartel.” The team is moving to a three-week cycle between minor patches, up from two weeks, in order to budget more time for bug testing. Similarly, major content updates are shifting to a nine-week cycle.

Besides those big-ticket items, The Old Republic will have a Double XP weekend from March 14 – 17, Update 2.7 with two additional Flashpoints and a new tier of gear on April 8, and Update 2.8 — described as the “biggest update up to this point” — with more ships and a new Ship Role for Galactic Starfighter on June 10.

Speaking of the Starfighter expansion and its 12 vs. 12 spaceship battles, that is now playable for free. No need for preferred status or to be a subscriber any longer.