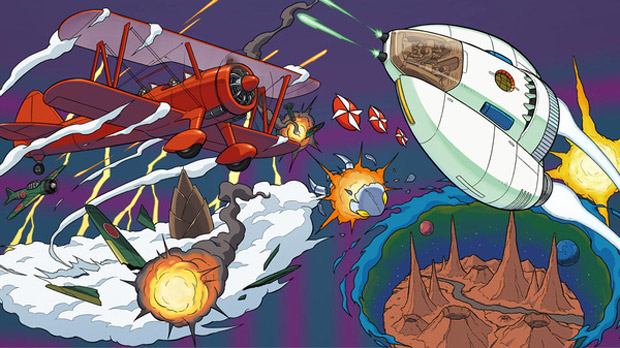 Today, Capcom lifted the curtain on the two extra games for Capcom Arcade Cabinet, which will be free for folks who own the 15-game compilation. The titles are 1943 Kai, the laser-filled update of shoot-’em-up 1943, and Vulgus, the company’s debut release.

Although the entire line-up will be available at a discounted price on May 21, the impatient among us can go the impulse-driven approach that ends in regret starting this week with the arrival of Capcom Arcade Cabinet‘s last three non-bonus games: 1942, SonSon, and Pirate Ship Higemaru.

Thirty bucks for the full set isn’t so terrible, but as has been said in the past, this is far from the first time Capcom has bundled its wares.

And the two secret Capcom Arcade Cabinet games are… [Capcom-Unity]