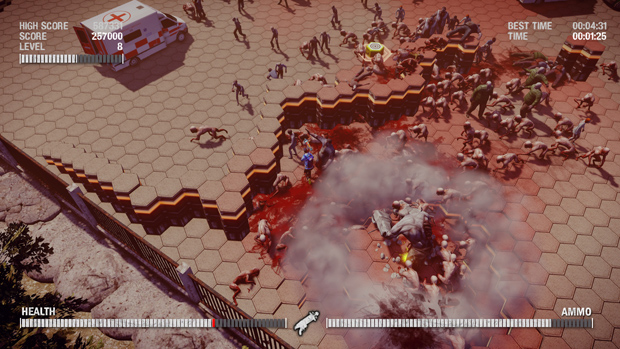 To be clear: that’s the name of the game

Dumb name aside, I quite like the premise of #killallzombies. It’s a top-down shooter for PlayStation 4 in which zombie survival has become a televised sport, and there will be real, human spectators watching you play (if you want). There’s optional Twitch functionality built in.

Viewers will be able to affect the game through votes and chat commands, much like the way folks (and fish!) have been able to “play” games through the streaming site. They can change things like the player character’s speed or health, the arena configuration, and even the camera angle. Sit through the video above to see some of these elements in action.

As a shooter, this looks pretty standard, and I’m not so sure the spectator interaction will be all that enjoyable for anyone but the spectators. Interesting, though.

Straight from Beatshapers, here are the ways viewers can affect the broadcaster: