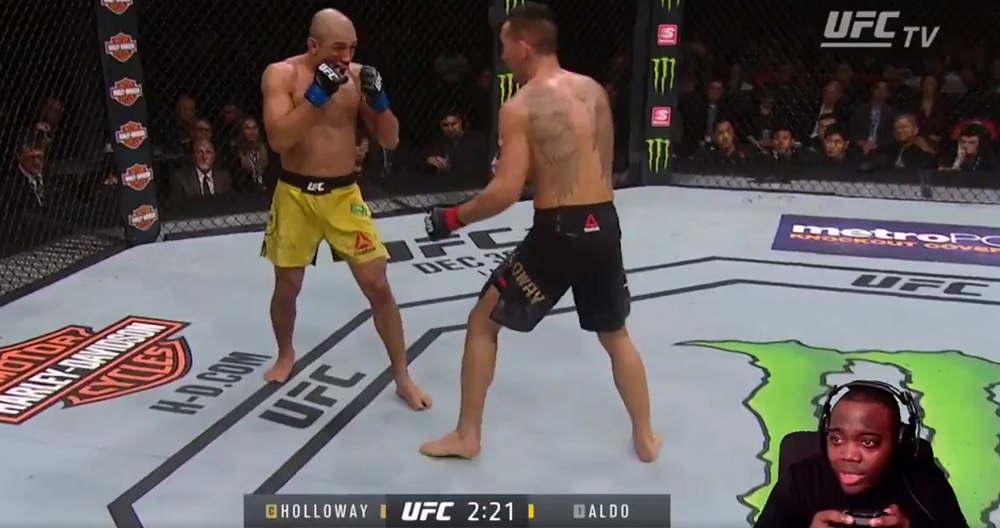 Get Aldo a loot box

Live streaming sports pay-per-views is a no-no, for obvious reasons, and can land you in big trouble. This is why Twitch user AJ Lester chose not to spend Saturday night watching UFC 218, which took place in Detroit, Michigan, and instead chose to try out the UFC 3 beta instead.

Except, on closer inspection, your boy Lester was sneakily streaming the PPV — which saw Max Holloway battle Jose Aldo for the Featherweight title — whilst just holding a Xbox One controller on camera and making “gaming” sounds. Thus giving a passing-glance impression that Electronic Arts had really taken their in-game engine up a notch for the MMA sequel.

An amusing clip of Lester’s subterfuge went viral on Twitter, resulting in the streamer waking up to thousands of notifications and new followers. In a follow-up stream, Lester spoke of the shock at his overnight blow-up, mentioning that so far he doesn’t appear to have gotten into any trouble for the broadcast, which can have pretty serious ramifications. Lester has wisely removed the UFC PPV broadcast from his on-demand archive.