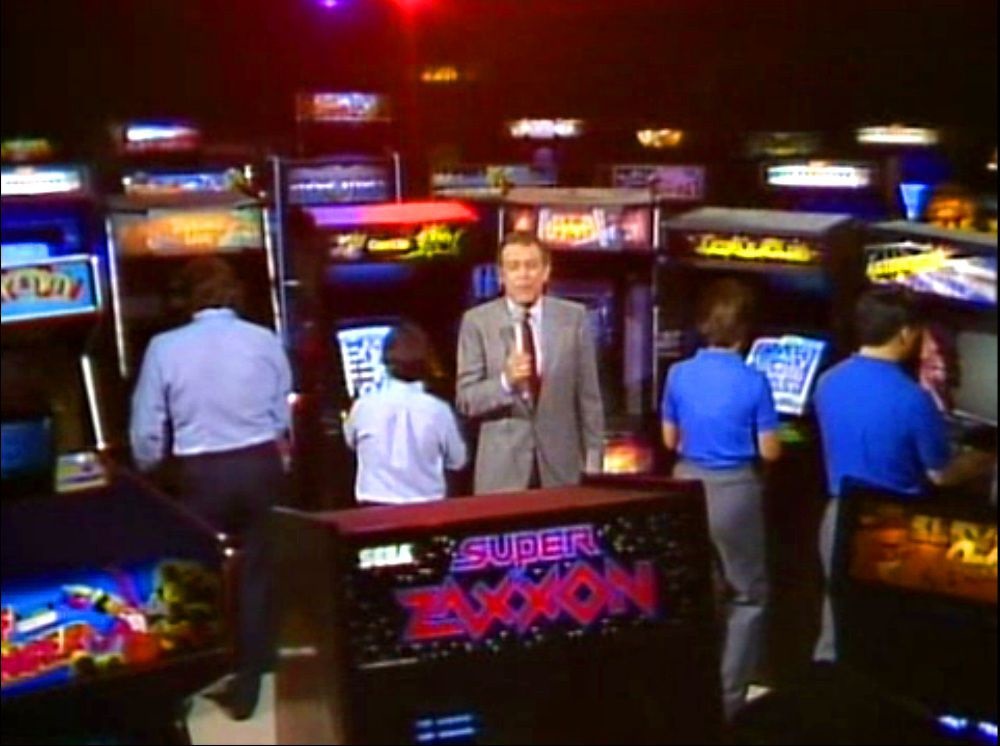 At an SDCC panel, Twitch announced an upcoming marathon of ’80s video game show Starcade. This is in collaboration with Blu-Ray publishers Shout! Factory, who picked up the rights to day-glow series at the start of the year.

Starcade was a somewhat clunky U.S. show which ran between ’82 and ’84. Players would score-attack various arcade games to win badass prizes such as metal detectors and electronic chess-sets. One girl even played for a bitchin’ Dragon’s Lair cabinet. Trivia questions and features would bookmark the show’s 300 commercial breaks.

The best thing about the show was the fact that everyone did a sort of “light jog” around the studio, because walking is for squares. The show was hosted for the majority of its run by Geoff “Ready Set Play” Edwards, who seemed wonderfully bemused about the whole affair, but soon became quite the video game fan.

The marathon will feature the back-to-back screening of the show’s syndicated run, around 130 episodes. I think it’ll be a lot of fun, definitely some great background fodder, filled with colourful nostalgia, classic gaming mayhem and sweet haircuts.

Check it out when the marathon begins August 22, broadcast on Shout! Factory’s Twitch channel.