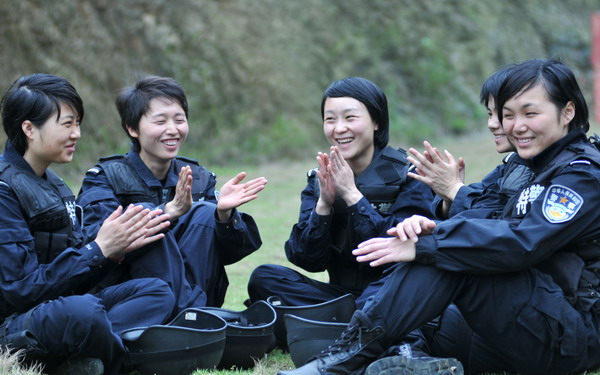 You might have read about the really shitty act of swatting, or calling in fake threats to the police prompting a SWAT team to arrive at someone’s home unannounced. The crime started to gain popularity in 2013 when multiple celebrities were swatted, prompting California’s governor to sign an anti-swatting bill into law. One of the worst offenders, a 17-year-old from Canada, was recently nabbed by the law and has now pleaded guilty to 23 charges, while smiling in court.

This kid has been targeting and harassing female streamers, specifically those who play League of Legends. He would give demands to the streamers and would threaten to release private information of theirs and their families’ online if they didn’t comply. When they didn’t, he followed through with his threats, putting families into financial ruin. Not to mention having pizzas falsely sent, and swatting the streamers and even their parents.

I actually know one of the girls this kid was harassing. She never really talked to the press about it, so I’m not going to say who for her privacy. This kid had harassed her and her parents, and he eventually swatted her.

At one point she had found out where he lived and had tried to file a police report, but basically was told since she is not a Canadian citizen there wasn’t anything they could do for her. To be proactive she spoke to her local police, explained the threats and situation as well as what the act of swatting was. They told her even with a report if a threat was called in for her residence they had no choice but to respond. You can imagine how relieved she was when this kid was finally busted.

Filed under... #League of Legends#streaming games