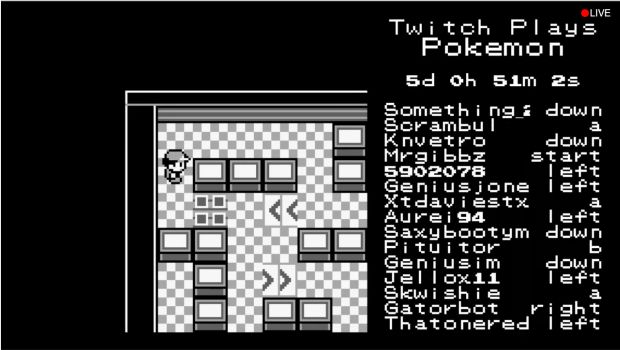 So that whole Twitch Plays Pokemon thing? It’s been viewed over 7.5 million times already. At present there’s 75,000 concurrent users watching, and “the total number of unique Twitch members who have participated via chat is more than quadruple that amount,” according to this Twitch blog update.

In case you missed it, a Twitch channel has been setup so your commands via the chat input controls what’s happening in Pokemon Red/Blue. That’s 75,000 people going absolutely nowhere right now because they’re stuck in that one room with the directional pads (see the screenshot). Still, it’s pretty nuts.

There’s a Google Doc chronicling all of the major events that have taken place so far. Plus a ton of memes have popped up for those of you that really are into this whole thing. My favorite is this Twitch channel that’s applying the chat input for the Pokemon stream to this game of Tetris.