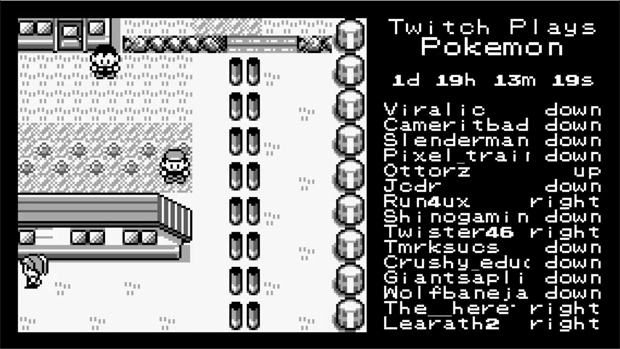 Can they get defeat the Elite Four?

It could have easily been a disaster, but it’s quite the opposite. I cannot stop watching.

Twitch Plays Pokemon is a collaborative stream in which Pokemon Red/Blue is played by people in chat. Button inputs (e.g., “up,” “down,” “a,” “b”) written as messages are taken and used through some clever coding — and somehow, progress in the game is being made. Slowly but surely.

The stream is nearing on two days and the fact that several thousand people were able to work together long enough to get even the first gym badge is remarkable to me.