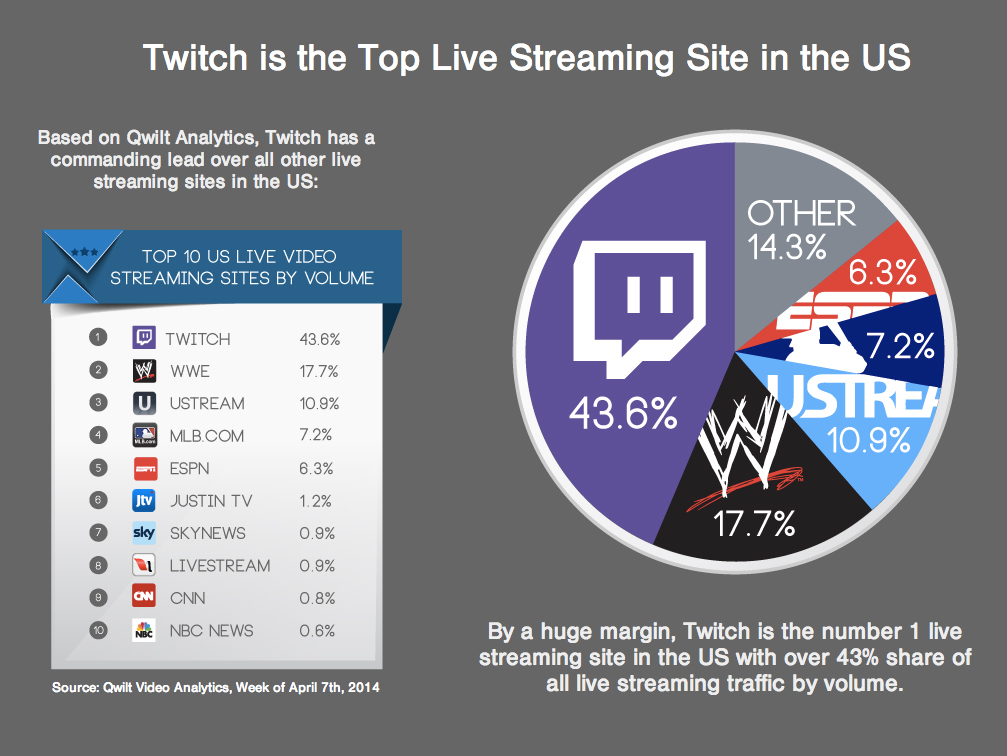 Video solutions company Qwilt has released some stats on Twitch today that show that the streaming site has become one of the top live streaming sites in the United States, outpacing ESPN, NBC Sports, and even YouTube’s live division. They have 45 million viewers each month, which is crazy. These people spend an average of 106 minutes a day watching video on Twitch.

They have 43 percent share of the total live streaming game. I didn’t know that WWE was second on the list!

If you’re interested, Qwilt has a hefty pile of related infographics, though some of it is boring tech solutions stuff.