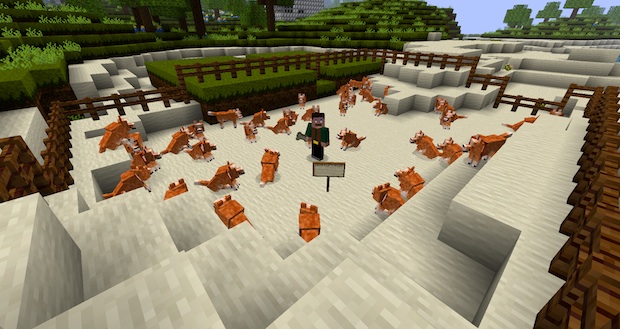 Broadcast Minecraft on PC or Mac

Today at Minecon 2013, Mojang announced a partnership with Twitch. Broadcasting of Minecraft will come to both PC and Mac users through Twitch’s integrated streaming platform. They say that the streaming functionality will be live “soon.”

“Minecraft has struck a very powerful chord with the Twitch community,” said Matthew DiPietro, VP of Marketing, Twitch. “Its constantly escalating popularity illustrates that people love to watch video games outside of the headline grabbing eSports titles. Expect a watershed moment for both players and spectators once the ability to easily broadcast gameplay directly to Twitch goes live.”

Speaking of Minecon 2013 and Twitch, the event, which runs through November 3, can be streamed here at  www.twitch.tv/mojang.