Remember when Eat Sleep Play was aiming for a T-rating for the upcoming PlayStation 3 Twisted Metal? It’s given up that plan; the game will now ship with an M-rating.

“Without the blood,” Eat Sleep Play’s David Jaffe told a crowd during a panel at Comic-Con (via GameSpot), “it felt a little weird, frankly.”

During an on-stage demo, Jaffe showed off a few of the game’s weapons, including a sniper rifle. After landing a headshot with the gun, the skull exploded in a fountain of gore, something you definitely wouldn’t have seen with a T-rating. 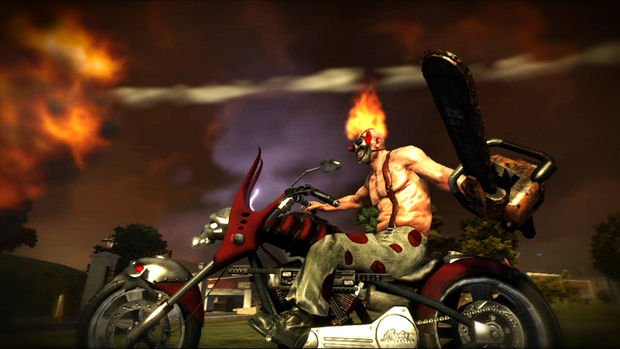 When the game was first announced at E3 2010, Jaffe was pretty clear about the line the studio was walking to get that T-rating, which theoretically could have broadened the audience for the title.

“The way I’ve been thinking about it, and this comes through especially in the weapons and the stories, it’s kind of like anything that can air at like 8 or 9 o’clock television is okay for us,” he told us in 2010. “We’re shooting for an edgy Twilight Zone vibe versus the dark depression that we did in Black. It’s not as light and frothy as [Twisted Metal 2]; that was very cartoon-y and comic book-y. Somewhere in the middle.”