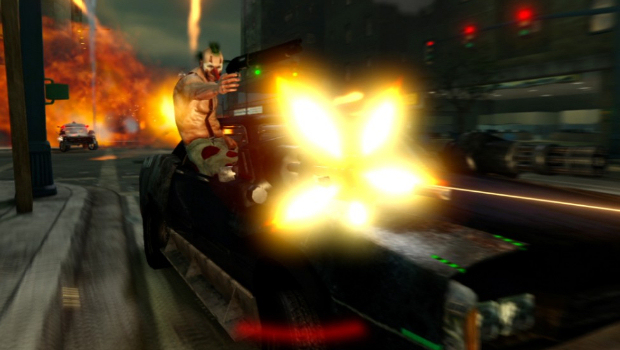 [Update: Jaffe has responded to today’s news, confirming that layoffs were had, but addressing talk of casual development by saying, “I have zero plans to make games like FARMVILLE and ANGRY BIRDS. I never said what I was doing post TM …  I will be opening a game studio here in San Diego because I really miss internal game development. Happy to share more details later.”]

Eat Sleep Play is the latest studio to be hit by the, “develop big game, kill off a bunch of jobs” phenomenon. The Twisted Metal developer has lost eight employees to continue with a staff of 26, and it would appear that even the infamous David Jaffe is leaving.

The studio will be sticking to iPad and iPhone games in the future, with co-founder Scott Campbell calling the move “pretty exciting” and looking forward to “reaching a lot more people.” Even so, it looks like a step down for a team that’s got a major PS3 exclusive on the horizon.

As for Jaffe? There’s talk of him going into the casual games market, but he has said on Twitter that such rumors are “highly exaggerated” and they won’t be casual games “as you know them.” He has, so far, said nothing else beyond that.

Whatever happens, there’s something fundamentally wrong with this industry where things like this happen so regularly.