Unless you count the continued popularity of Mario Kart, we’re a long way from the ’90s heyday of car combat games. Modern multiplayer combat primarily concerns games in which people shoot each other, but David Jaffe, Scott Campbell, and their team at Eat Sleep Play are aiming to amend that phrase to end with the words “with cars.” They’re working on a new Twisted Metal title, the first original one to hit consoles since Twisted Metal: Black launched on the PlayStation 2 a decade ago.

Twisted Metal differs from shooters in more ways than the “shooting people while driving” part. In some respects, it’s more accessible than those games; in others, it’s even more impenetrable. 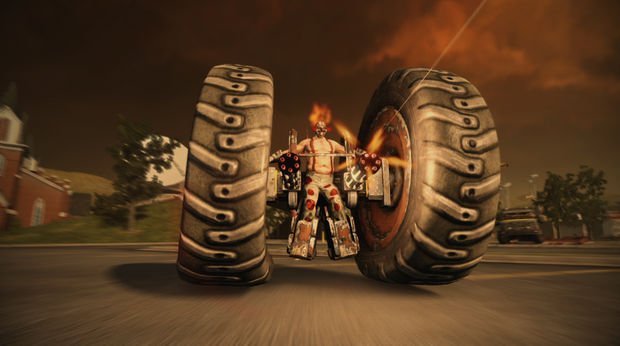 In the hour or so that I spent with Twisted Metal, I kept noticing one aspect of the combat: it can take a pretty long time to kill someone. That’s not an accident, according to the Sony producer who demoed the game for me. He explained that the design decision was a result of Jaffe’s dislike of the pace in most multiplayer shooters — the series co-creator isn’t a fan of the endless spawn-die-spawn cycle. In those games, it doesn’t take many bullets to kill you, and firefights rarely last long.

Twisted Metal, on the other hand, offers a much higher degree of “survivability,” said the producer. You’re going to have to work for a kill, but the designers believe that increased survivability only makes the game more thrilling. Here, combat is “all about the chase,” which, I guess, makes sense for a game featuring vehicular mayhem. In addition, the folks at Eat Sleep Play are hoping that longer lives will help to reduce the amount of frustration that new players have to endure while learning the ropes. 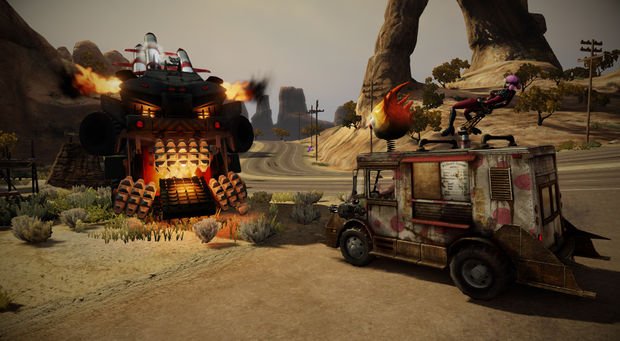 That decision makes a lot of sense, since it will likely take more than a few hours to understand Twisted Metal’s chaos. Multiplayer is the focus of this game, and it’s clear that Eat Sleep Play is devoting a great deal of development time to important facets such as balancing vehicles’ abilities and tweaking weapon damage, but the modes and options are so numerous and varied that I found myself overwhelmed during the demo. Jaffe has likened Twisted Metal to a fighting game, and the comparison seems apt — I don’t have any understanding of the minutiae of fighting games, and it’s impossible for me to have fun with them unless I’m playing someone who’s just as clueless. The depth here is staggering; with such a steep learning curve, it’s important for the game to teach newbies well, and ensure that they can have fun, too.

You can outfit vehicles with an arsenal of your choosing. Each car has two special attacks, in addition to its standard firepower. A high degree of destructibility means that level geometry is always in flux. Some of the cars are better used as support vehicles, like the Juggernaut, a slow tractor-trailer that can open its rear doors for up to two teammates to hang out and man turrets. Many weapons employ a risk/reward mechanic: charging attacks makes them more effective, but in many cases, also more difficult to succeed with. One of the playable vehicles is a damn helicopter, and Sweet Tooth can transform into a freakin’ mech. The variety of opportunities will likely give rise to high-level strategic play, and will hopefully lend Twisted Metal a long shelf life. 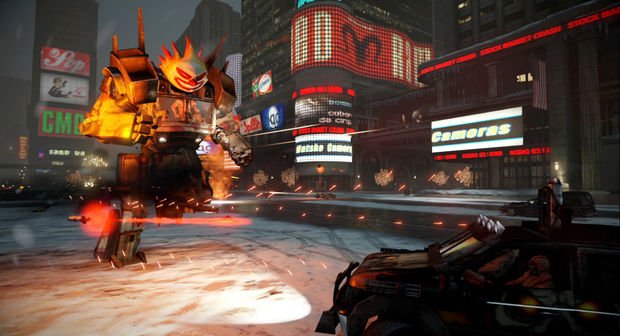 I played in three different levels: one set in the suburbs, another in a theme park, and a snowy take on New York. Although there’s plenty of work to be done before the game’s Valentine’s Day launch, the environments impressed me with their size, destructibility, and variability. The level set in a fictionalized New York is full of secret shortcuts, and its verticality — you can go up into buildings, or head down into the subway — provides for great hide-and-seek gameplay. The theme park balances a large open area, complete with a Ferris wheel that can be detached from its moorings, and winding narrow paths on its outskirts. The suburban landscape is sparsely populated and offers near-total destruction. All of them seem to offer play spaces that are “fair” to both sides without having mirrored halves.

I played with the classic control scheme, where the face buttons cover vehicle control and the triggers fire weapons. Eat Sleep Play is also including controls based on modern racing games, with acceleration and braking on the triggers. As I said earlier, Twisted Metal isn’t exactly a pick-up-and-play experience, but once I figured out the controls, I did manage to race around the maps and score some kills. The frame rate never dropped during the fast-paced action, and I didn’t see any silly AI bot behavior. 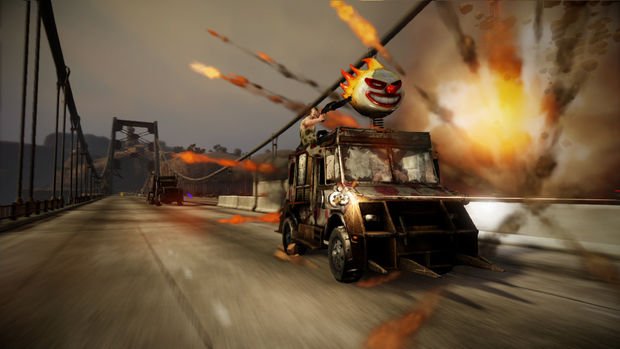 While online play is the star of the show, the game also offers local split-screen action for up to four players, just like old times. However you play, you’ll need to invest a good amount of time to learn the ins and outs of Twisted Metal, even if you’re not new to the series. Thankfully, it looks like it will be worth it.