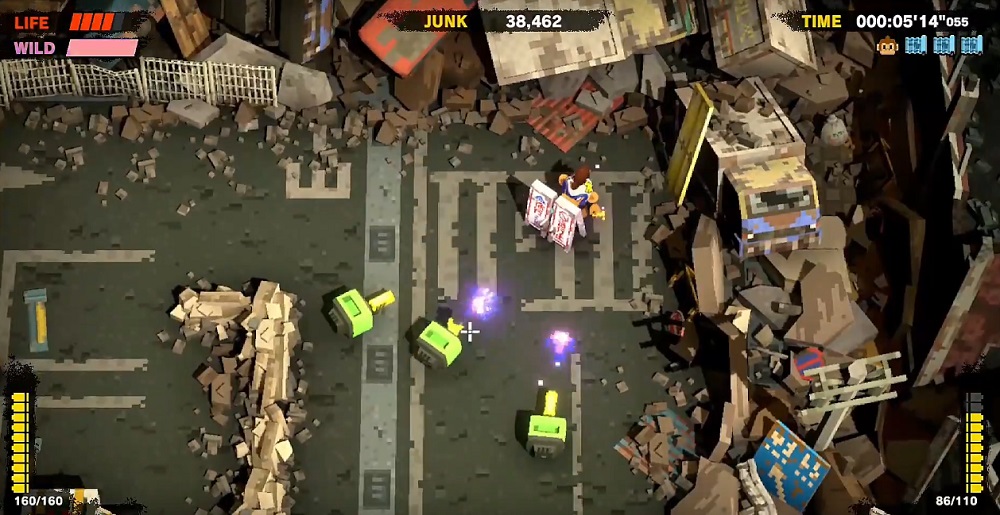 Indie developer Good-Feel has released the first trailer for its twin-stick shooter Monkey Barrels, ahead of its upcoming release on Nintendo Switch next week.

Monkey Barrels is the story of two simian pals who set out on a quest to rescue their friends from the evil Crabbenworld Electro corporation, who are currently on a mission to robotize the world. The game boasts 22 stages of rapid-fire action, a whopping 98 weapons and items, and the competitive “Banana Scramble” mode, allowing six players to battle it out for chimp dominance.

Monkey Barrels will arrive on Nintendo Switch via the eShop on November 7.