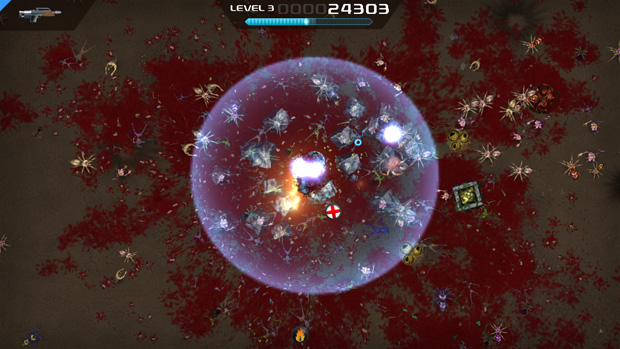 Already out on Steam, if you’d rather play there

Hearing about the new, remastered Crimsonland was super nostalgic for me. I’ve not yet played it on Steam where it’s been available for a few weeks now, but I’ll get to it, eventually. PlayStation 4 owners in need of a no-frills, blow-shit-up game should look forward to July 15 — that’s when Crimsonland will launch on PlayStation Network.

There’s 60 campaign missions, five survival modes, and support for up to four players in local co-op included. For the latter, “with four players you get literally hundreds of enemies on screen at the same time,” due to a player-count multiplier. Sounds delightful. Paint your screen red.