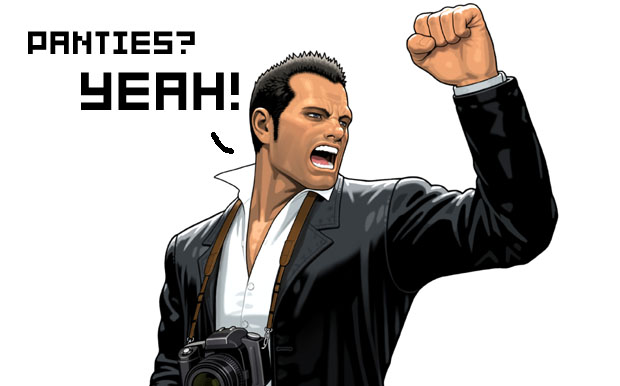 Man, the ESRB should start charging for their PR services. Their “warnings” have done a lot to get me excited for videogames over the past few days.

This time though, the news isn’t all good. According to this ESRB description, Tatsunoko Vs Capcom: Ultimate All Stars will definitely cap at 26 characters. Count the playable cast of the original game (22), minus the fat genie (21) plus the previously revealed Frank West and Tekkaman Blade (23) and the strongly rumored Mega Man Zero, Yatterman #2, and Gatchaman‘s Joe (26); and you have the game’s full cast. No secret playable Phoenix Wright or Zack and Wiki for you.

Speaking of Frank West, the ESRB warns us of a specific bit of dialog that is probably from him, and is definitely awesome. I mean, who else in TvC:UAS would say something like “Jun, give me the camera back! I told you I deleted the pictures of your underwear”? The context of this dialog is also unclear. My guess is it’s either a character-to-character specific win quote, something from Frank’s ending, or (gasp!) maybe even something from his yet-to-be-announced mini-game.

An up-skirt photo taking game starring Frank West could end up being the stupidest, greatest thing ever.