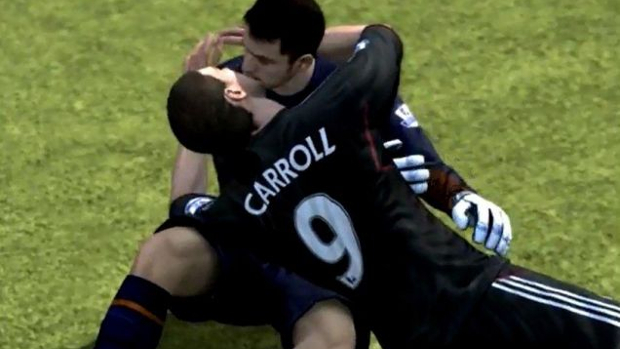 At least the first reveal from Xbox Entertainment Studios was a live-action Halo show helmed by Steven Spielberg. The unit’s next venture is Every Street United. Each episode in the eight episode series will be shot in a different country (U.S., Spain, Holland, France, Argentina, Brazil, Ghana, South Korea) and focus on the search for local, undiscovered soccer talent during the run up to the 2014 World Cup.

According to Deadline, the finale may involve the top eight discovered players going 4 on 4 at the World Cup, which could be neat. Documentary film maker Jonathan Hock is also involved in the project. He did two episodes in ESPN’s very good 30 for 30 series, one of which I’ve seen (“The Best That Never Was”).

So this could actually be good, though I know some of you may want to get upset at the whole “having a division of Xbox that makes not even game-related video content” thing.

Oh, and the show is expected to feature some sort of “interactive component.” Maybe voting. It’s almost like a videogame!