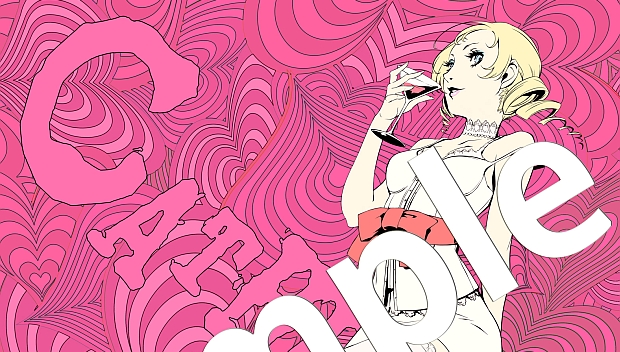 Hey, remember when I said that this post about Catherine‘s retail bonuses would be the last time I’d gush like a hype-addled fanboy? Apparently I wrong, because a surprise reveal in Famitsu details Catherine‘s out-of-story gameplay modes, as well as multiplayer and online functionality. Catherine can take more than one dude at a time! Wait, I think that came out wrong.

Catherine has several gameplay modes. The main story is called “Golden Theater”, named for an in-game show hosted by Midnight Venus, a six-headed woman wearing a giant red afro. “Babel” mode sounds like a special challenge mode whose stages unlock as the player progresses through Golden Theater, with single- and two-player options, as well as leaderboard rankings. There’s also a two-player competitive mode, called “Colosseum”, where players race each other as they make their way up the stage.

Another little bit of online gimmickry happens at the end of each stage, in an area called the Confessional, where players answer multiple choice questions that eventually determine Vincent’s fate. When you’re online, graphs will show which choices other players picked, apparently with options to see which genders voted which way. Not sure how the game will be able to tell what gender you are, though. Maybe it’ll ask before you start?

The demo drops on the Japanese PSN and Xbox LIVE Marketplace in just a few hours (Japan time). I have never wanted this game more. How about you?