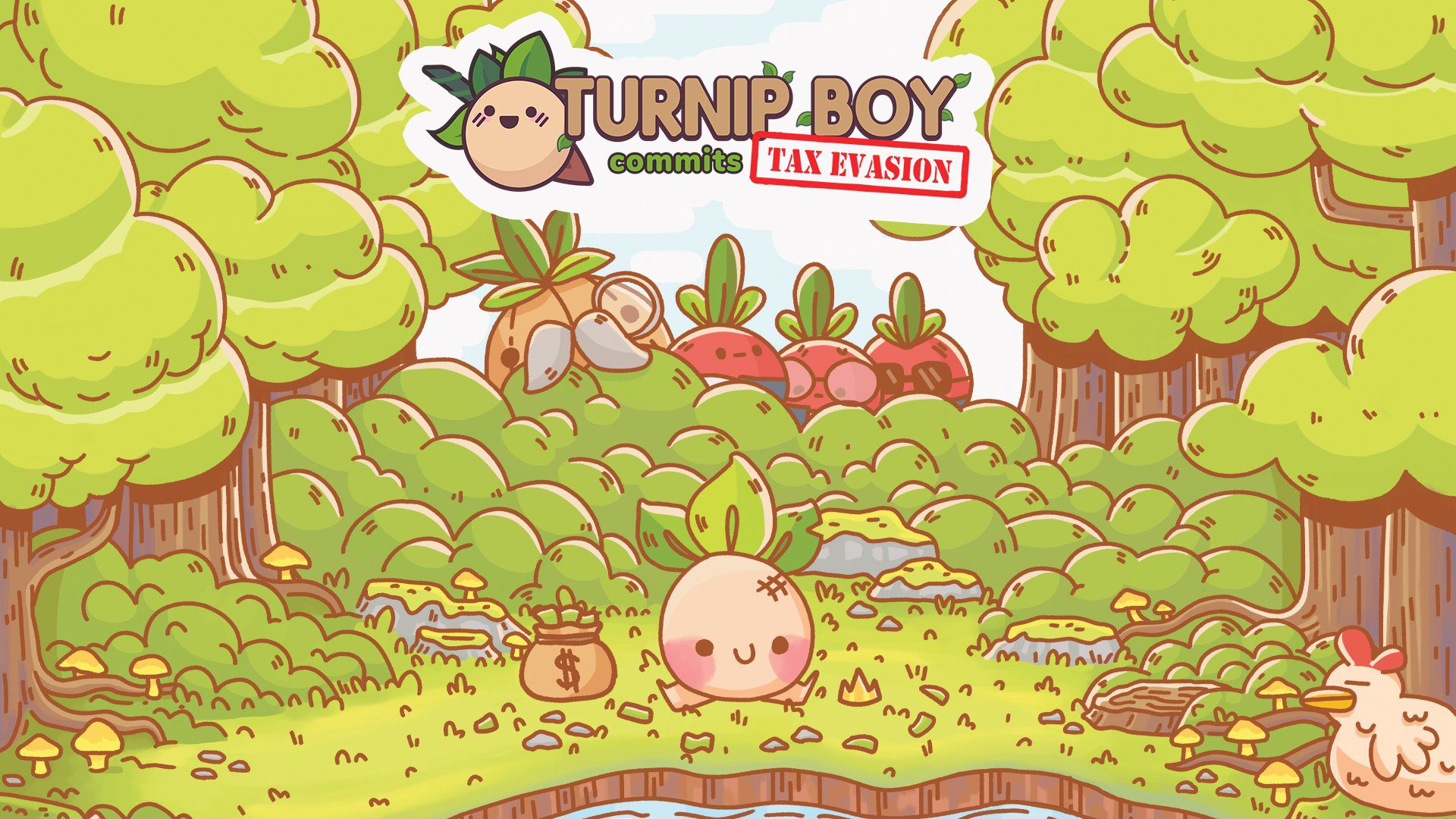 It’s pretty difficult for small indie games to get noticed these days. There are so many platforms out there and so many other tiny studios pushing out new games on a weekly basis, that getting lost in the crowd is the expectation for so many titles. Small games have to do anything they can to stand out, something to hook people in. That can be a clever game concept, beautiful artwork, or, in the case of developer Snoozy Kazoo, one catchy-ass title.

The name Turnip Boy Commits Tax Evasion easily burrows itself into the brain. It’s the type of name that I hear once and immediately want to see what it’s about, like Snakes on a Plane or Love Death + Robots. Of course, when you have such an exceptional title, you should probably make sure there is an exceptional game lying underneath.

Turnip Boy Commits Tax Evasion is an extremely slim slice of Zelda pie. You play as the titular Turnip Boy who loses his house over unpaid property taxes. The obviously evil onion mayor gives you an out on what you owe if you just run some errands for him. From there, you set out to conquer, and I use this term as loosely as possible, dungeons while completing fetch quests for the various veggie and fruit inhabitants of this dilapidated farm. It’s not a bad concept, and certainly opens the door for some humorous action-adventure fun.

Unfortunately, as much as I hate to throw shade at such an earnest game as this, it’s not. I don’t know what I was expecting to get out of it, but I certainly didn’t think I’d set the controller down after two hours with a slight shrug of my shoulders and an audible “meh” exclaimed to an empty room. Turnip Boy Commits Tax Evasion certainly has the look of something that’d feel at home on my Switch. It has bright, colorful characters, and the small world you explore is certainly inviting. But it doesn’t take long to realize this is a rather weak pastiche of Nintendo’s acclaimed series.

It has all the elements you’d expect to see in a game inspired by The Legend of Zelda but without any of that franchise’s polished execution. Everything here is rather flaccid, from the swordplay to the puzzles, from the brief dungeons to the over-in-an-instant boss battles. It’s as though the developers got the recipe for a Zelda game only to substitute out all the ingredients. 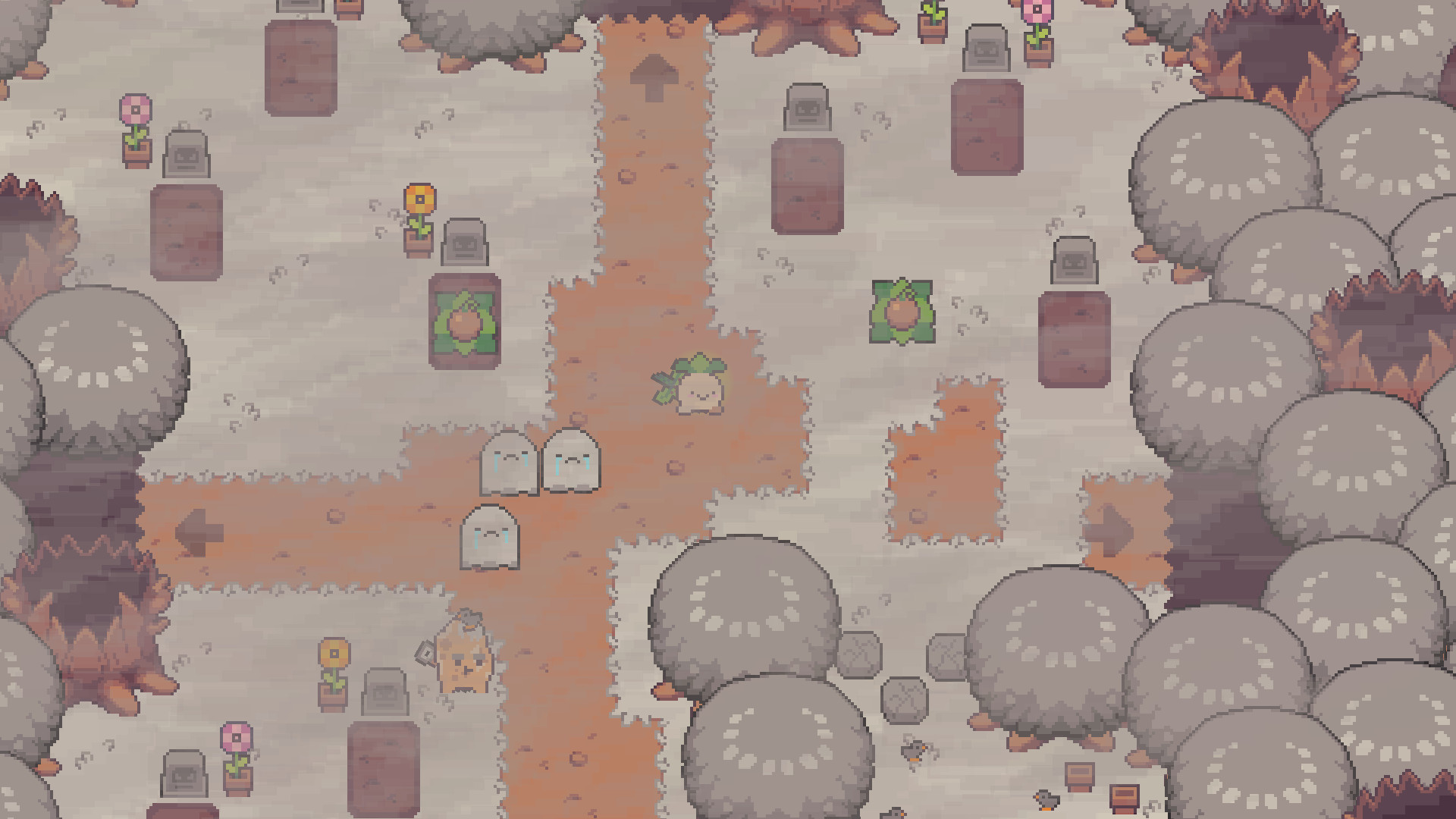 If there is one avenue where this game attempts to set itself apart from its muse, it’s its writing. With a name like Turnip Boy Commits Tax Evasion, you should come prepared for a lighthearted adventure. Whether or not you’ll actually find it funny depends on how much you enjoy reference or memetic humor in games. I’ll say this, I found the adventure to be mildly amusing as Turnip Boy ripped up every document he could get his hands on, but much like the rest of the experience, it was nothing remarkable.

Snoozy Kazoo’s website has the tagline “We make really, really dumb video games,” so there is a real chance I’m taking this whole game a bit more seriously than the developers are. But even if that is the case, shouldn’t there be something—anything—about this game I can point and say, “Hey, you know what, I really enjoyed that?”