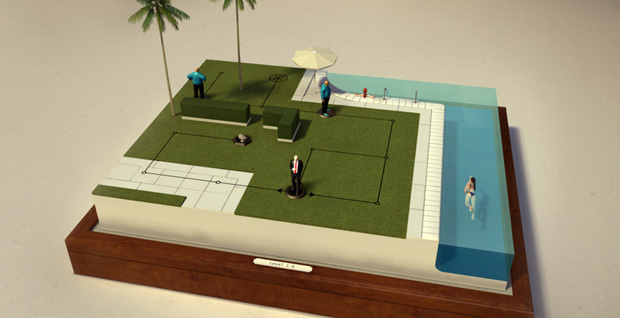 Such a neat concept for a spinoff game

Square Enix Montréal’s turn-based strategy title Hitman GO looks like a decent excursion while we wait for the next major franchise installment from IO Interactive. It’s coming real soon — first to iOS devices on April 17, followed by an Android launch “shortly after” — for $4.99 / £2.99 / €4.49.

Agent 47 has his usual tools accessible but stealth maneuvers play out on a grid, one turn at a time. The studio says there are 68 levels in total, unlockable by clearing side objectives, including some that are directly inspired by missions featured in Hitman: Blood Money.