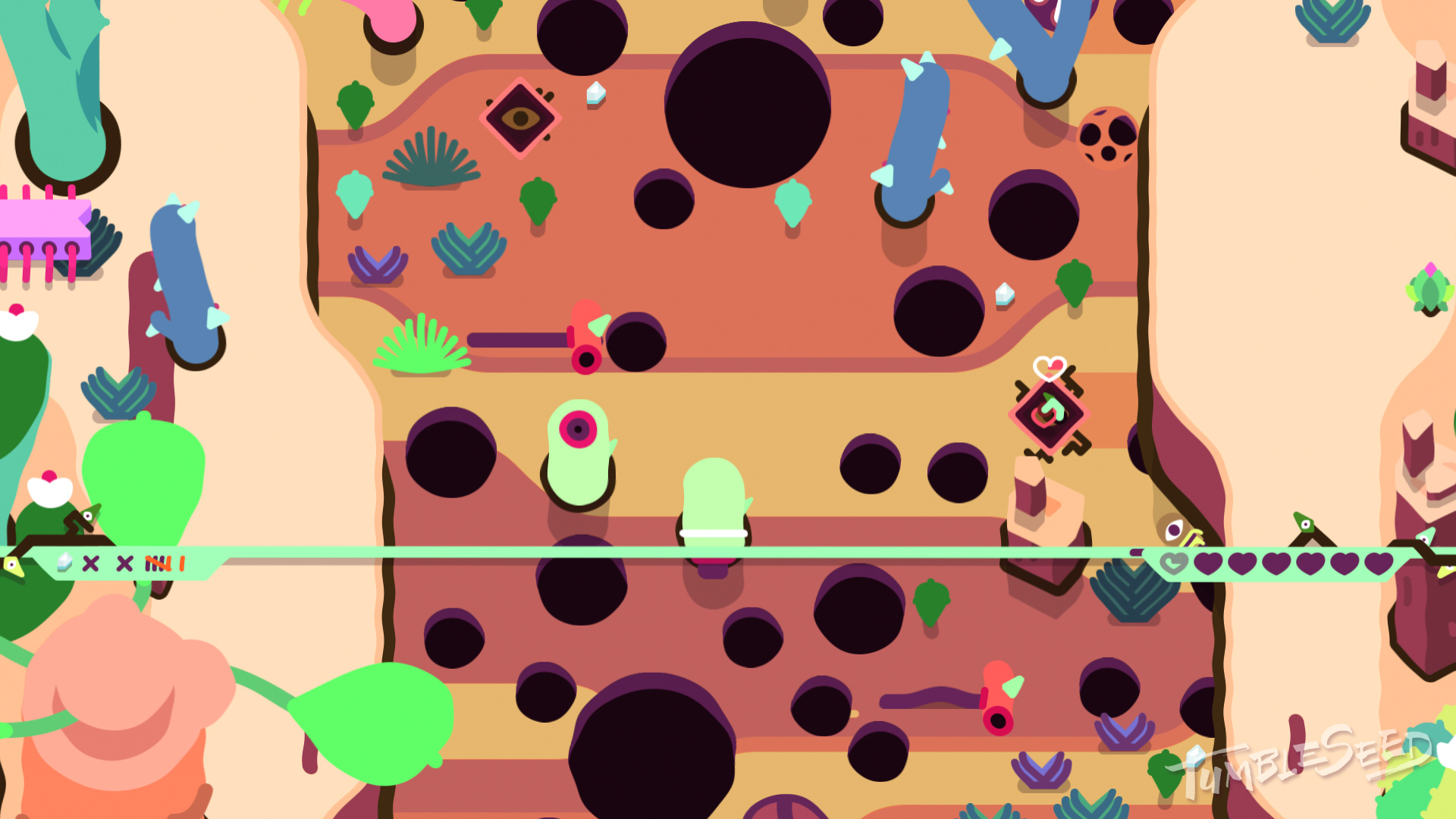 Add another one to the list: the arcade-inspired roguelike TumbleSeed is coming to Switch this spring.

I’ve talked about the game a few times now, and I don’t mind continuing to bring it up. It’s a cool one. You have to help this little seed navigate pitfalls and enemies, but instead of having direct control over its movement, you cause it to roll back and forth by fiddling with the bar it’s perched on.

I can’t seem to write about TumbleSeed without using a gif, so here we go.

That should help clear things up. If any of this looks familiar, you might have played Ice Cold Beer.

I briefly spoke with one of the game’s creators, Greg Wohlwend (who you might recognize from titles like Threes, Ridiculous Fishing, or Puzzlejuice), about the newly-announced version. Asked about any Switch-specific quirks, he confirmed support for Nintendo’s so-called HD Rumble.

“The rolling in TumbleSeed is very visceral and responsive so we have implemented HD Rumble to sort of give players a 6th sense of where and how fast the seed is rolling in the game,” he said. “It’s super cool and we can’t wait for folks to give it a try in person for themselves.”

Beyond that, there’s a “natural 2 player co-op in the game with the Switch that we don’t get with any other platform. You can pull off the joy-cons and each player can play one side of the bar. It’s something folks did at PAX and BitBash with their friends and it’s weird how it actually works out. Both people have to be really patient so they end up going slower, which is always helpful for TumbleSeed novices.”

TumbleSeed is expected to have a simultaneous launch to the best of the team’s ability, so if you aren’t planning to get a Switch, it’ll also be out on Windows, Mac, and PlayStation 4 soon enough.