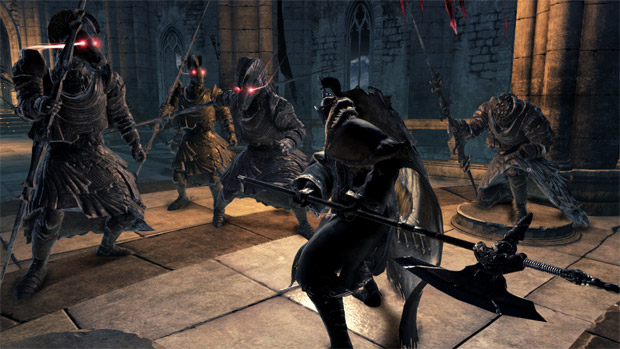 I’m so happy we’re getting Dark Souls II. I say that knowing full well that pain and suffering await, as evidenced by this new Tokyo Game Show trailer.

Much of the promotional footage so far has focused on the new lighting system in that underground area with armored foes, so it’s nice to get a glimpse of other areas. The way Dark Souls‘ level design was weaved together was one of my favorite aspects, and I’m hopeful we’ll see a similar amount of verticality represented in the sequel’s environments.

March 2014 seems terribly far off, especially after hearing about some of the game’s covenants.