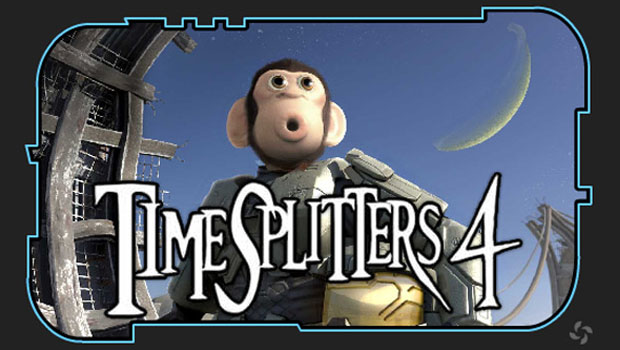 It’s hard to believe its been over ten years since we first enjoyed the monkey-filled, time travelling insanity that was Timesplitters. Unfortunately, the once popular FPS series has fallen into obscurity as of late, having yet to make an appearance on HD consoles what with Free Radical (now Crytek UK) instead churning out classics like Haze.

But things might be changing over at the Nottingham-based development house, what with Official Xbox Magazine claiming to have sources that have seen TimeSplitters 4 in action.

“Trusted OXM sources have claimed that they’ve seen TimeSplitters 4 running. That’s no guarantee that it’ll be released – at least one version of Star Wars: Battlefront 3 was cancelled without ever being announced – but it’s a promising sign.”

Though promising, this isn’t the first we’ve heard regarding the next installment in what was once considered one of the finest multiplayer experiences around. After being first teased in 2007, the project seemed to stumble after Free Radical found itself in financial trouble. The company was later acquired by Crytek andTimeSplitters has since been the subject of many rumors over the course of several years.

Maybe we’ll finally get to experience the surreal shooter once again and see this agonizing story finally come to an end.