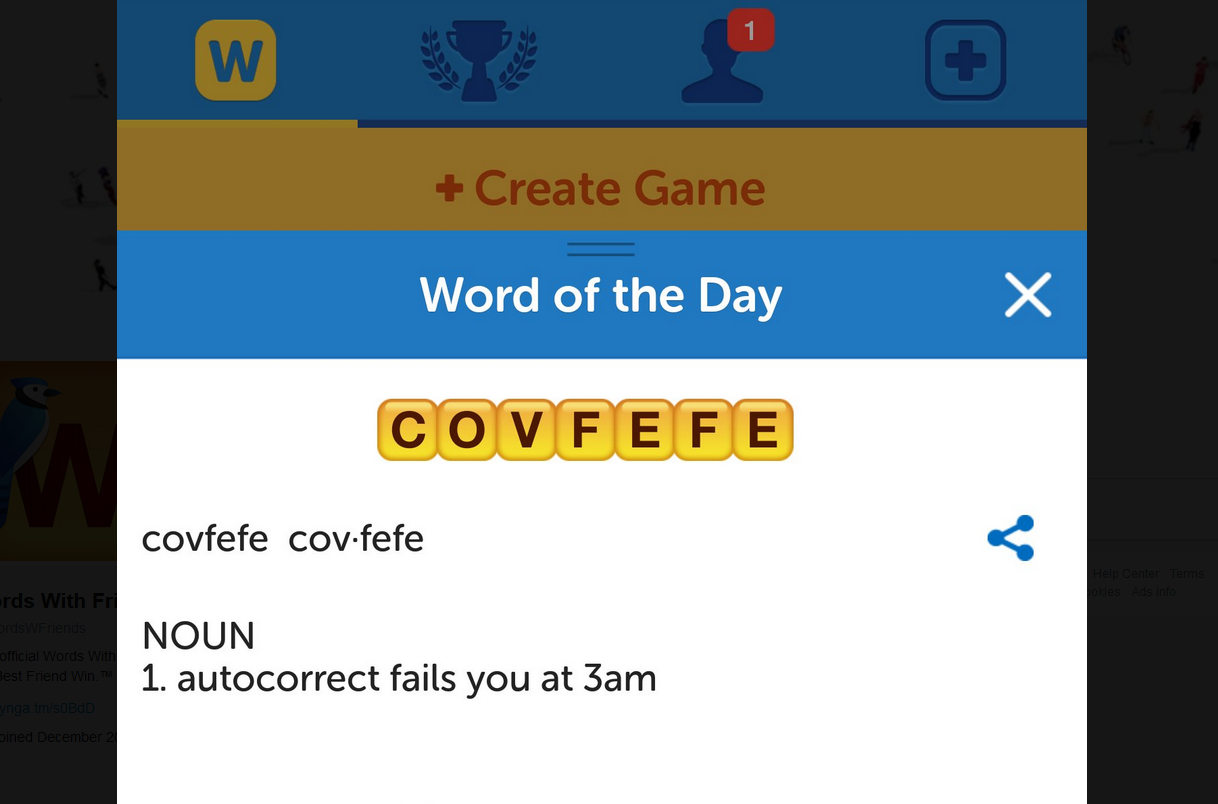 Can’t keep up with the memes

Reactionary Scrabble knockoff Words With Friends added “covfefe” to its list of playable words, playing off of President Donald Trump’s middle-of-the-night typo that led many to surmise the president choked on a kielbasa and died on the toilet mid-tweet.

Now playable in #WordsWithFriends! #covfefe – “Autocorrect fails you at 3am” pic.twitter.com/YRILzWVOT9

“Despite the constant negative press cofveve,” the now-deleted, unfinished thought read. It was left up for hours without explanation, though Trump finally deleted it and offered a tongue-in-cheek response to the nut job conspiracy theorists who thought an errant, late-night typo from a brainless, always-online president was some kind of secret trigger word to activate the nuclear matryoshka mech the Russians have been building under the White House.

Who can figure out the true meaning of “covfefe” ??? Enjoy!

It’s amusing that the “covfefe” tweet was deleted, given that the president’s long-running Twitter feed is filled with loads of surreal, dumb tweets about Robert Pattinson and Kristen Stewart’s relationship or wishing “all haters and losers (of which, sadly, there are many)” a happy Memorial Day or all the criticisms of Obama that match up perfectly to Trump’s own decisions.