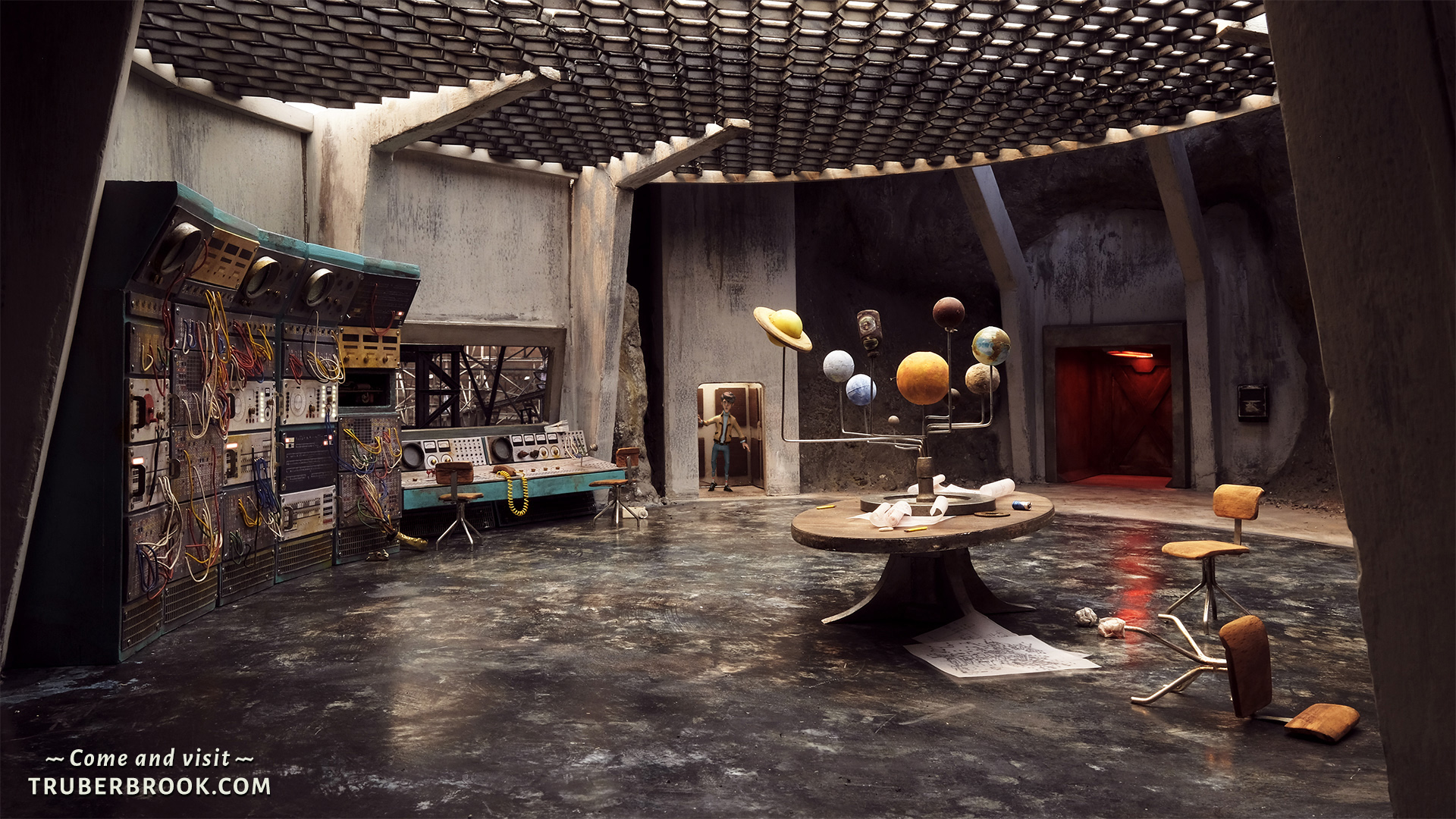 I’m admittedly late on covering this one but it’s much too special to pass up for that reason alone. Trüberbrook is a sci-fi mystery adventure game set in 1960s Germany that owes inspiration to The X-Files and Twin Peaks. Best of all, it uses digitized models to achieve a stunning handmade aesthetic.

I caught a glimpse over the long, food-filled holiday weekend and knew I’d have to mention the game come Monday. It’s one thing too pull off this look (see also: The Neverhood, Skullmonkeys, and The Dream Machine) but you also need a story, world, and characters to make worthwhile use of it.

On that front, Trüberbrook follows an American physics student, Hans Tannhauser, who unexpectedly wins a trip to a German village full of strange folks and weird happenings. It turns out there’s far more to his visit than just luck. In fact, he’s meant to be there. He’s meant to save the world.

The game is currently crowdfunding on Kickstarter with just over two weeks to go. It’s a clear success at this point, and any extra funding will go toward goals like an audio commentary and making-of materials. Trüberbrook is aiming for “late 2018” on PC, PS4, Xbox One, and Nintendo Switch.