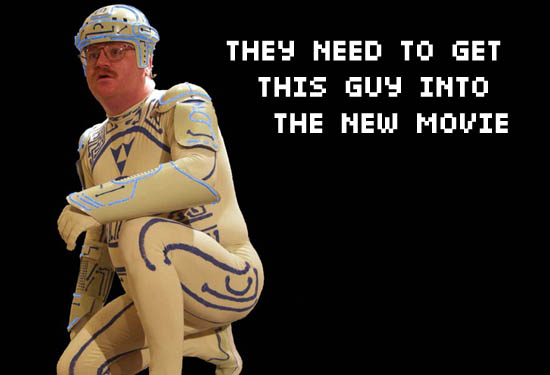 The ENCOM Mainframe tells us that a sequel to the 1982 Disney move Tron is in the works.

The Hollwood Reporter says that commercial director Joseph Kosinski (who is also bringing us the remake of Logan’s Run) is in final talks to direct the sequel to the classic video game CG movie. The new script is being penned by Eddie Kitsis and Adam Horowitz, who you might know as writers from Lost. The security program is not permitting further discussion of the story line (that’s Tron speak for “the story is a secret”).

Disney, we’re all for a new Tron movie (and subsequent licensed games… maybe), but please, please do not let Wendy Carlos do another face-itchingly bad score.