That thing you just saw was the trailer to Trion’s newest MMO, Bluehole Ginno Games’ Devilian. I forgive you if you still don’t know what the game is, because that trailer explains exactly fuck all about it.

Devilian is Trion’s latest attempt at bringing an MMO to the West, after its incredibly short-lived success with ArcheAge. Devilian is an ARPG, so the easiest comparison to make is to Path of Exile.

With a focus on questing in a big open world and up to 20v20 player PVP, it looks like Devilian is going to be a fairly decent alternative for the people who just couldn’t quite crack Path of Exile. 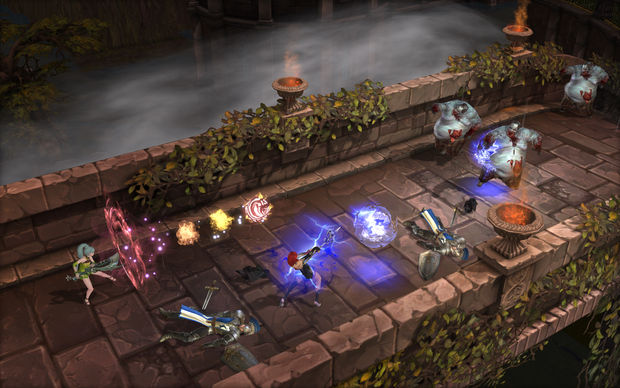 What’s more interesting is Trion’s new business strategy of helping other MMOs get a foothold in the West, rather than developing its own. Trion was previously known as the developer of the pretty good Rift and Defiance, but has since taken a more publisher-focused role due to the cost of developing and running an MMO internally.

In an interview with GamesBeat, CEO Scott Hartsman said:

It’s still a costly affair to run your own MMO, even in the era of cloud computing… A lot of these systems, they’re not quite scaled. Cloud has scaled fantastically for asynchronous services like web services and synchronous services that are less intense. But the economics don’t quite make sense for hardcore server-based games. We’re taking that message to people here in the states, people in Korea, people in Canada. We’re talking to three or four companies in Europe. We’ve been talking to pretty much everybody.

Signups are available for the beta of Devilian now, with a free-to-play release expected by the end of 2016.