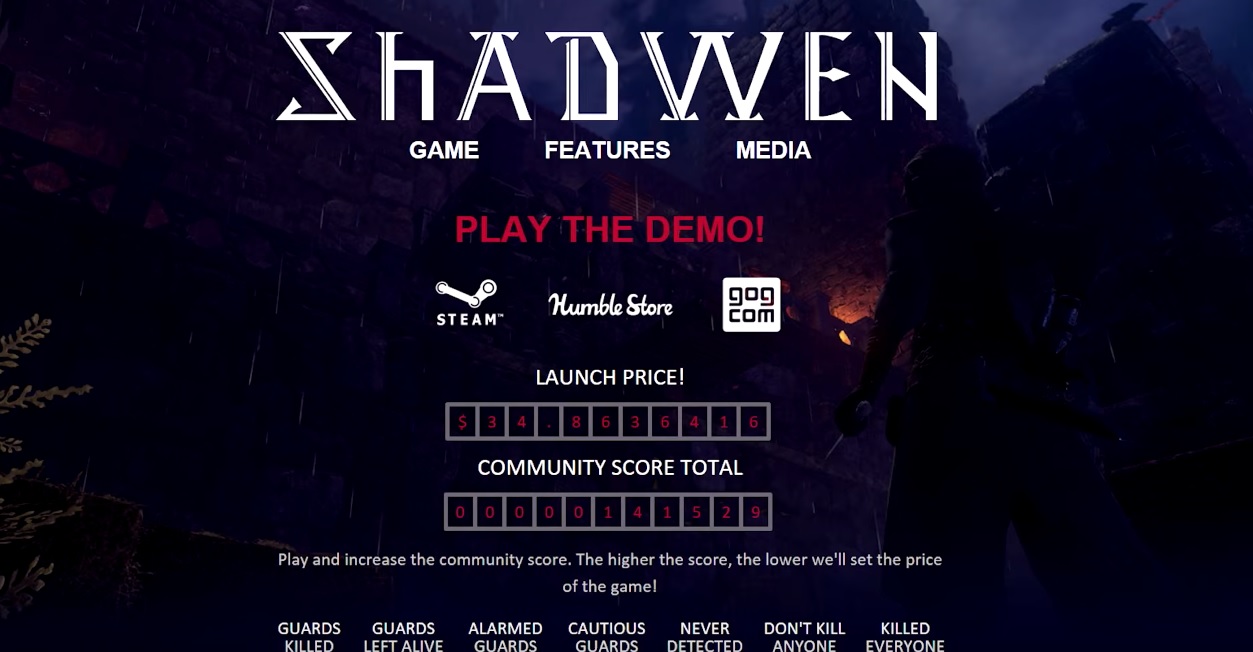 Frozenbyte Games is doing an interesting promotion for its next project, Shadwen. If enough people play the demo and complete various goals, the price will go down. This includes stats like body counts and completing the session without being detected. It’s available now on Steam, the Humble Store, and GOG.com if you’re interested.

As you can see in the video below, players accumulate a community total, which eventually serves as a discount for the game. So what is it? It’s a third-person stealth action game that focuses on platforming — which the added gimmick of being able to use the environment.