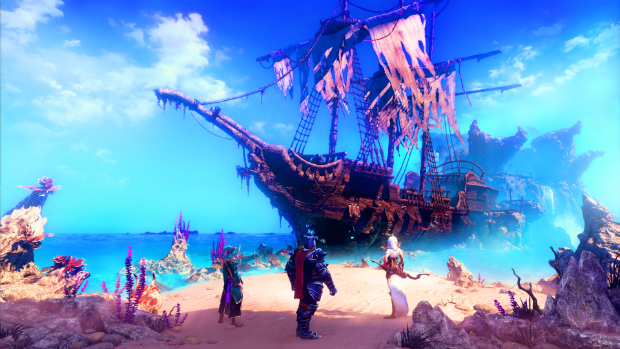 If at first you do succeed, Trine Trine again

It has been a long time since the original Trine came out. Heck, in the years since Trine 2‘s release, the series has faded from the spotlight. Frozenbyte has still been at it, and it shows with this announcement trailer for Trine 3.

Colorful environments have always been a part of the Trine games, but everything really pops here. The gameplay looks to have received some significant tweaks as well; in addition to the traditional 2D puzzle platforming, there are some sections in which the player interacts with the background or even moves in full 3D.

Developer Frozenbyte will be at the Game Developers Conference this week, and Trine 3 is expected to release for PC some time this year.