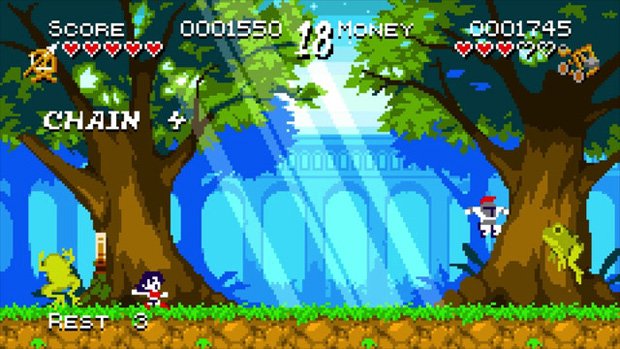 Coming to PS Vita and PC this fall

In announcing that Mercenary Kings would hit PS Vita at PAX East, developer Tribute Games also briefly talked up Curses ‘N Chaos, a game which sounded like a mighty good time based on the name alone. After watching this Jonathan Holmes interview, that intuition was spot on.

This is a two-button action game for PC and PS Vita, releasing in the fall, in which players take down (or get taken down by) waves of enemies and collect money on a single screen. It’s super straightforward but in the best possible way. Looks fantastic.

Weather effects in an old-school arcade-style game. The future is now.