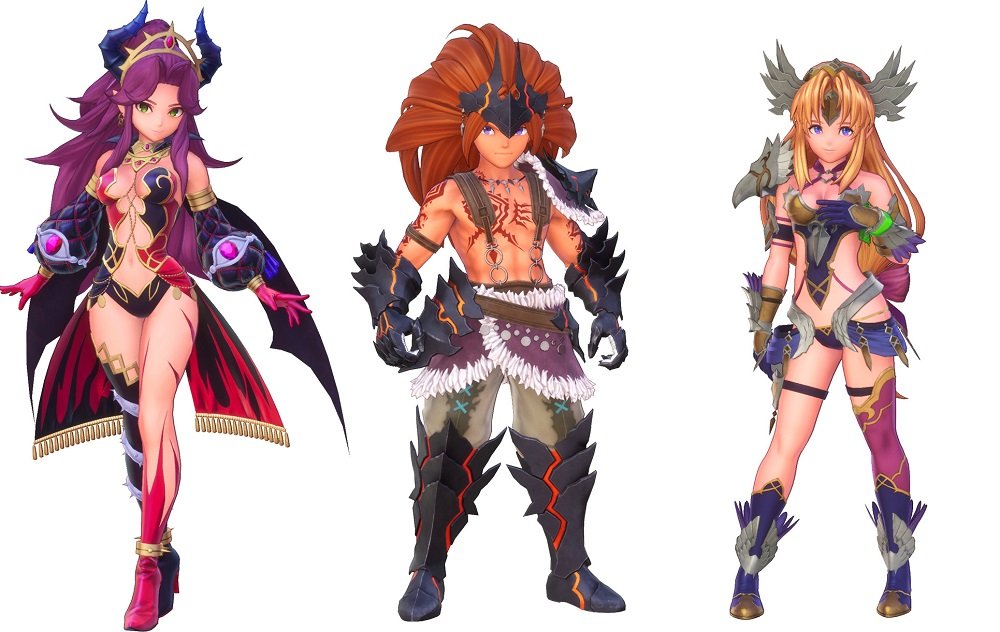 Watch out for Li’l Cactus!

Once players have picked their way through the epic adventure, an entire new episode will open up, continuing your party’s quest after they receive a mysterious message from a familiar face. This discovery sends our heroes back on the trail, as they search out the fabled “Class 04”. The extra episode will contain new “Light and Dark” skins representing each class, as well as extra weapons and special attacks. You can check out the party’s colourful wardrobe in the gallery below.

After finishing the new episode, New Game + will allow players to restart the Trials of Mana story with all of your roster members, skill levels, items and GP intact, offering the chance to rediscover the story, explore new areas, or gather forgotten skills and items without fear or trepidation of enemies.

While on this long and hazardous journey, be sure to look out for Mana series mascot Li’l Cactus, who can be found hiding in 50 different locations throughout the map. Rewards will be offered to party members the more times Li’l Cactus is spotted, so keep ’em peeled for the spiky cutie-pie.

Trials of Mana launches worldwide on PS4, PC and Nintendo Switch April 24. A demo is available to download today from the Japanese PS4 and Switch store, and on PC via Steam. This demo features support for multiple languages.