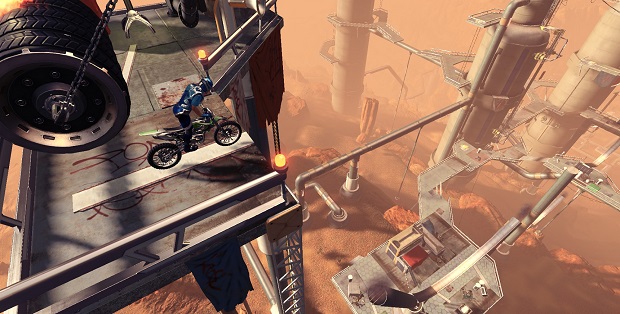 It’s just one of six stops

Hey, you have that Trials Fusion season pass yet? It’s your ticket to keep riding your cute little bike across absurdly dangerous locales. The first guided tour takes place later this month, and there may even be some murderous squirrels along the way.

On July 29, RedLynx is releasing the Riders of the Rustlands DLC for Trials Fusion — an add-on that trades the futuristic cityscapes of the core game for desolate industrial environments across ten new tracks. The second DLC pack for Fusions, titled Empire of the Sky, was also semi-detailed, noting that it takes place on floating islands and that it’s also launching later this summer.

All in all, Ubisoft has six major add-ons planned for Trials Fusion, each running $4.99. The season pass, which is $19.99, sees to it that buyers get a $10 discount across all the packs. The retail version of Trials Fusion (which was $40) has the season pass already included, so players that picked that up will be riding all around new areas soon enough.