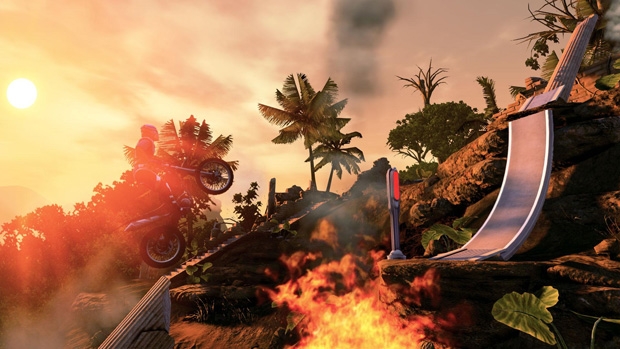 I liked Trials Fusion quite a bit, but I didn’t stick with it for long. Been meaning to get back in there to see what the community of track creators has been up to — impressive things, I’m sure.

RedLynx released an update this week that enables players to make their own Supercross tracks for local multiplayer, with unspecified “improvements” to Tournaments, Track Central, and the Track Editor thrown in for good measure.

Ubisoft also announced that Trials Fusion has passed one million sales worldwide since its release in mid-April. The game is about to get its first DLC, Riders of the Rustlands, on July 29. That can be downloaded for $4.99 individually, or as part of the six-DLC season pass that costs $19.99.