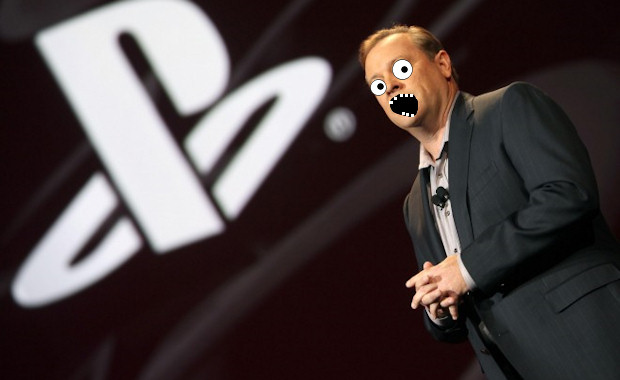 SCEA president Jack Tretton is a happy little monkey today, boasting of skyrocketing PS3 sales and the “proof” that demand has always been there for a PlayStation 3.

“Skyrocketing sales, couldn’t be happier with the numbers that we’re seeing, and I think proof that there was tremendous consumer demand, they were just waiting for the price-point to come down,” he beams.

Tretton also had things to say about Sony’s rivals, Microsoft and Nintendo: “I love [Microsoft’s] money. I think they can afford to be more patient, we’re very profit driven, we’re interested in return on investment in a fairly short period of time. I think Microsoft is prepared to go at it from a very steep curve in terms of profitability.

“Nintendo is almost the polar opposite. They know what they do well and they stick to it. They deliver a casual, youth-oriented entertainment experience that’s very enjoyable after 20 years. And they make money, they print money. Their profitability is their key focus and features are nice but profitability is king and I think that is enviable.”

I’m glad the PS3 is doing well in spite of all the things Sony’s done over the years.