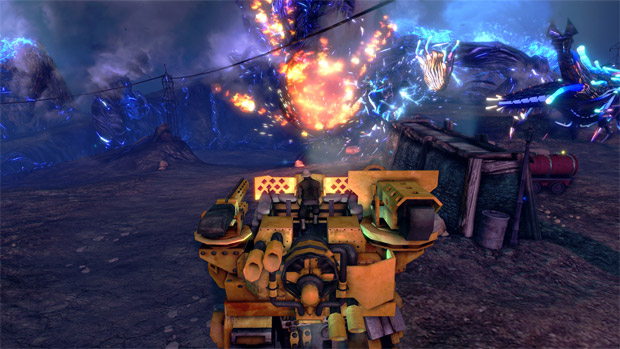 Due to a trademark dispute, Trenched had to be renamed in order to release in Europe. Strangely enough, the same thing is going to happen to all versions of the Xbox Live Arcade mech defense game.

As explained to Giant Bomb by Double Fine, games with two separate titles (in this case, Trenched and Iron Brigade) wouldn’t be able to play online together. And we can’t have that. When the switch happens, we’ll get a free survival mode (yes!) that has semi-randomized waves and new weapon/gear unlocks.

It was also teased that paid downloadable content — levels, outfits, etc. — is on the way. While it’s a shame to see the Trenched name go away, survival is the first thing I wanted upon beating the game.