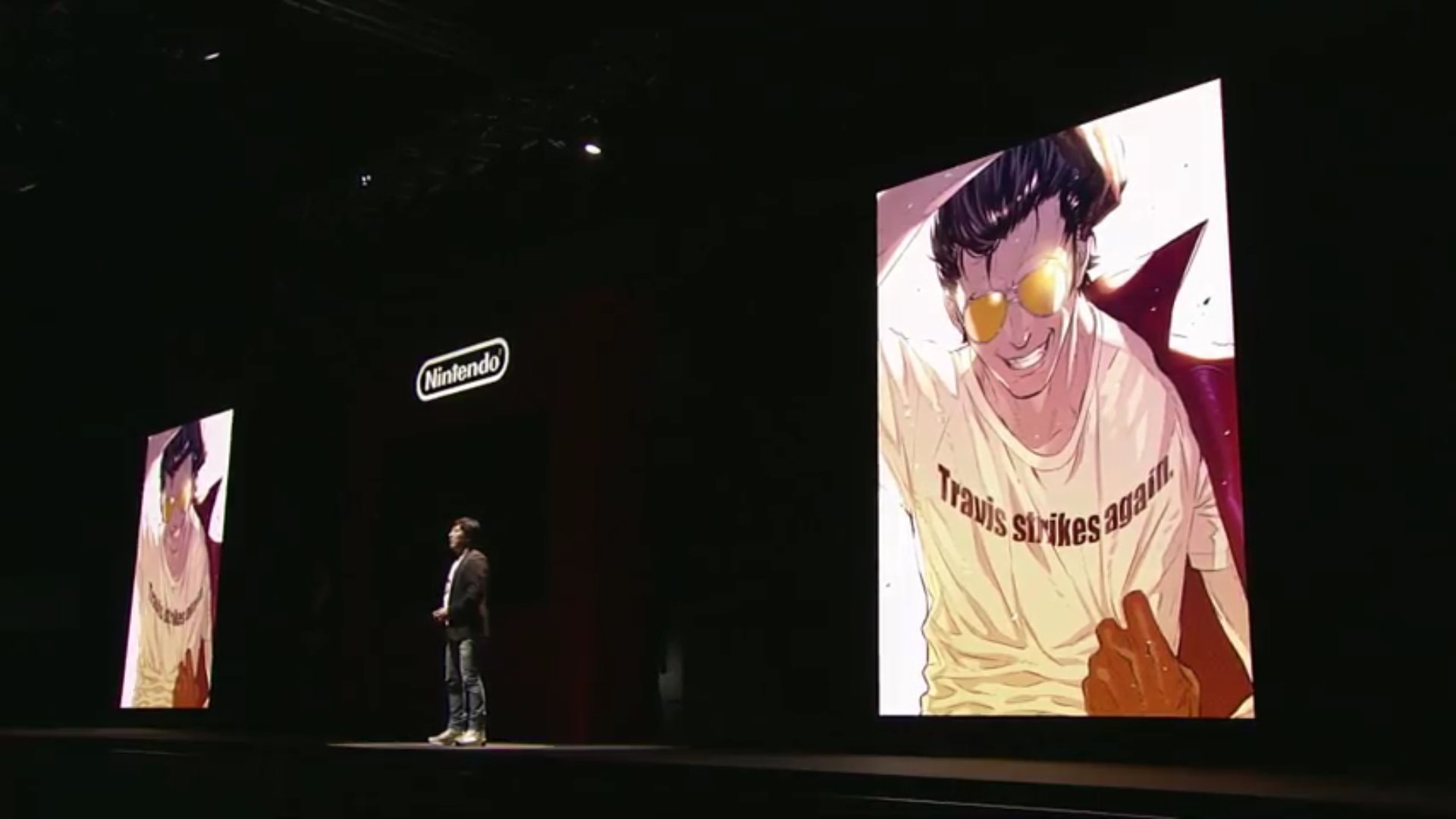 But we don’t really know much more

Suda51 got up on stage at the Nintendo Switch event and talked for a while without saying a whole lot. He hears the Switch is easy for independent developers to makes games for. He’s currently working on a game that will have Travis Touchdown in it, but it didn’t sound like it was another No More Heroes.

The only detail given past the concept art of Travis is that this unknown game is “heavily influenced by pro wrestling.” No word if Travis Touchdown’s beam katana will be in it, but that’d one way to get me to watch pro wrestling.