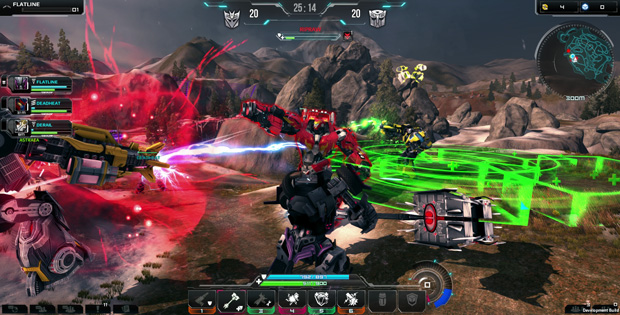 Can’t be any worse than the movie

I haven’t paid much attention to Transformers Universe after it became something that more closely resembles a multiplayer online battle arena game — albeit from a third-person perspective, like SMITE — but looking at it now, it seems all right. You can try the free-to-play title out for yourself as Jagex initiates the open beta with double XP awarded this weekend.

Between the holiday tomorrow and Michael Bay’s Age of Extinction doing its thing (making loads of money as an easily-digestible action flick), the timing is spot-on.