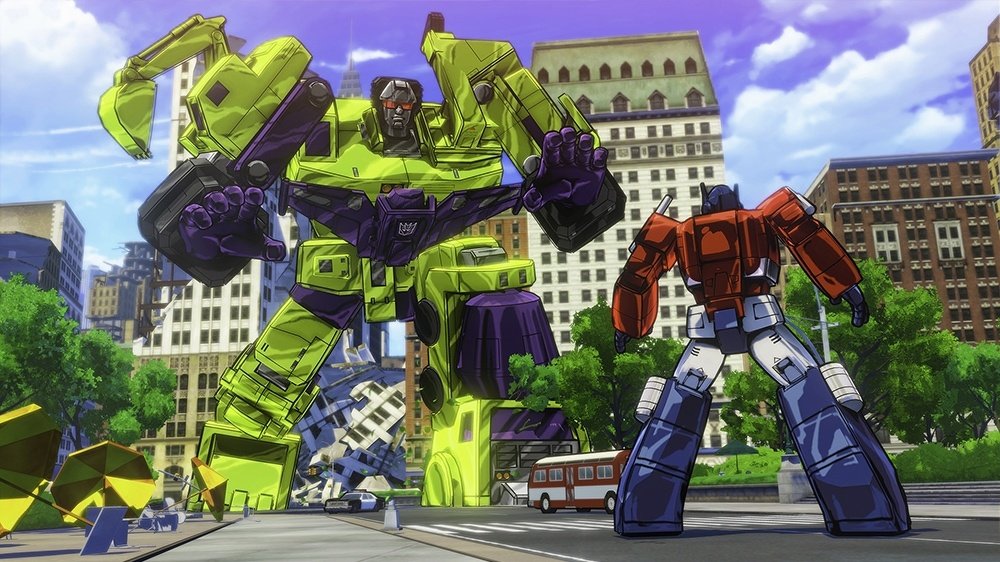 Well, that was fast. Not a full day after it was leaked, Platinum Games has been confirmed as the developer behind the gorgeously cel-shaded Transformers: Devastation thanks to a premature Best Buy listing.

As well as confirming the developer, the listing also revealed a few other interesting tidbits including some gameplay details and casting. I’m glad to hear there will be vehicle-to-robot transformations on the fly during combat, it seems like a uniquely Transformers experience to run someone over mid-combo. Peter Cullen will be reprising his role as the voice of Optimus alongside a few other original series voice actors to give the game infinite retro-cred. Interestingly, contrary to early rumors that suggested Devastation would be a Xbox exclusive, it will be available on the PS3, PS4, Xbox 360, and Xbox One. 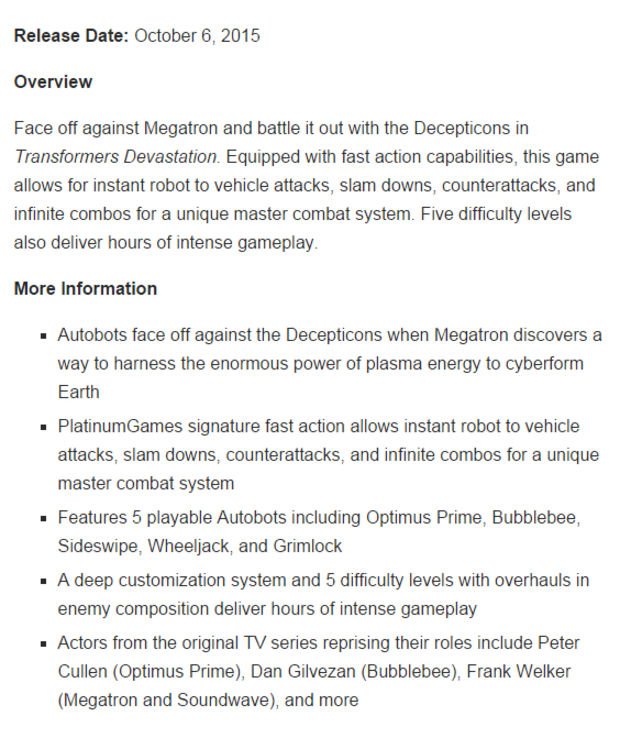 It was already looking doubtful, but I suppose that’s the final nail in the coffin for any kind of Vanquish or God Hand sequel. Boo. Lets hope Devastation‘s robot melee carnage is good enough to soothe our wounded hearts.