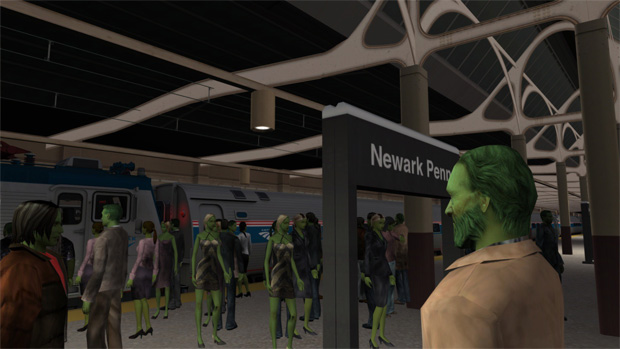 The sequel you didn’t even know you wanted

Unlike its predecessor, Trains vs. Zombies 2 is, rather dangerously, not downloadable content. You won’t need Train Simulator 2013 to play this game in which zombies have once again worked their way into a genre they probably shouldn’t have entered in the first place but oh man I’m adding it to my Steam cart an–no. I don’t need this.

I already live through the experience of mindless people and trains on my daily commute. If you’re intrigued by the premise and have $8.99 that you just can’t seem to get rid of, know that the game includes five scenarios centered around New York City.

On a more serious note, I have to wonder who this stuff is actually pleasing. It seems like serious followers of RailSimulator.com wouldn’t be too into it, and the rest of us who are inexplicably drawn toward the spectacle of silliness will surely be turned off by the actual gameplay. Any thoughts?