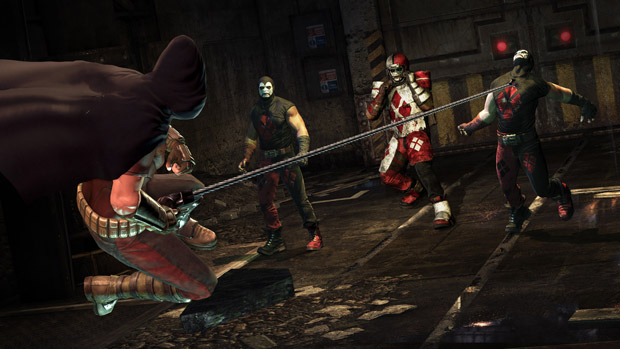 After devoting an entire Sunday to dealing with the Riddler and his absurd amount of collectibles in Batman: Arkham City, I walked away from the game and never looked back. With any luck, “Harley Quinn’s Revenge” will pull me in, if only for a little while. This $9.99 add-on is said to include around two hours of single-player content. That’ll do.

A brief trailer and a selection of screenshots should give you an idea of what to expect ahead of the May 29 release date. Both Batman and Robin are going to be playable characters, in case that wasn’t made clear in the media. New players can also get “Harley Quinn’s Revenge” packed in with Batman: Arkham City Game of the Year Edition which launches the same day as the standalone release.