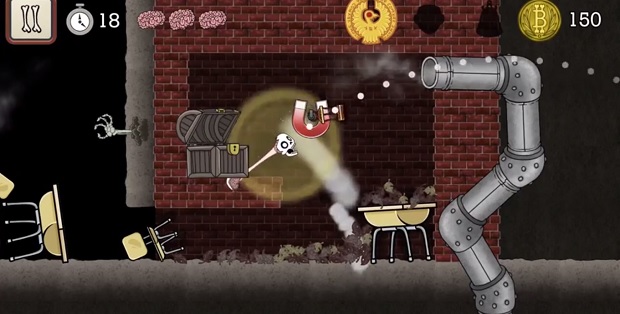 You have to pay your dues in the afterlife

Itchin’ to get a taste of some of the indie goodness that’ll be on display at PAX Prime later this month? ClutchPlay Games just released a new trailer for Skullduggery to commemorate the anniversary of the first income tax levied in the United States. The connection might seem tenuous, but when you’re flicking a skull at skeletons to collect their coins, it’s unlikely you’ll find a perfect parallel.

Skullduggery‘s coming to iOS and Android devices in fall 2015. Before that, it’ll be ready to impress in Seattle as one of the PAX 10 selections.