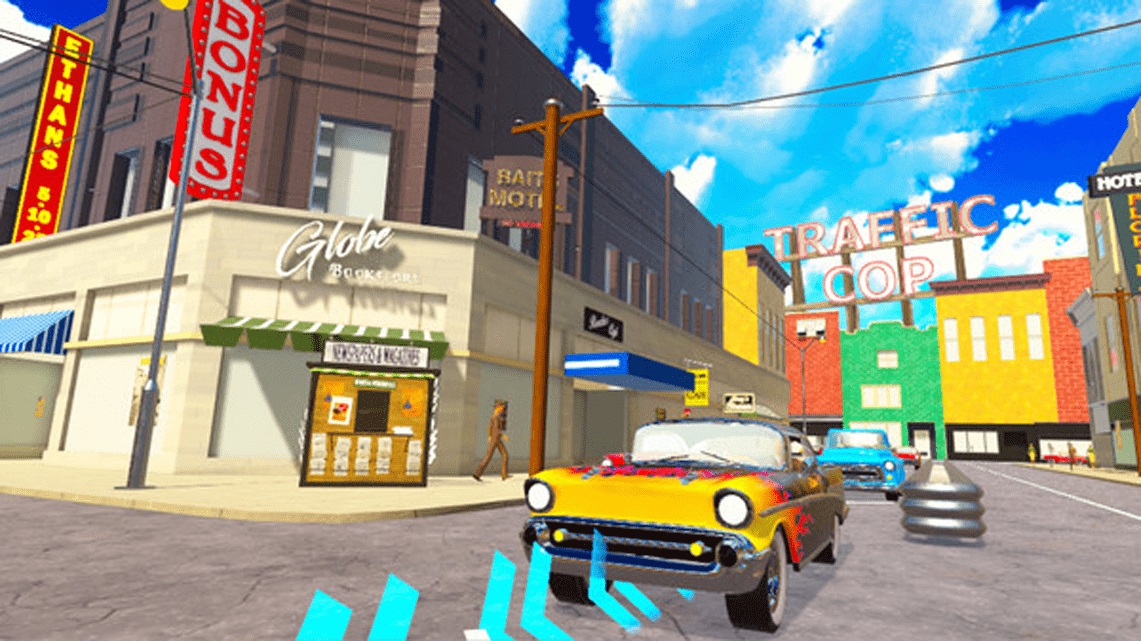 Cease and desist not buying a VR platform

Holy shit, they’ve finally done it. They’ve finally made a game that makes me take a second, see it in action, and proclaim, loudly and proudly: “I need VR.”

After years of VR horror games, walking sims, faux-action titles, and awkward shooting galleries, a developer has come along to give us the virtual reality experience we didn’t know we wanted. A virtual experience unlike no other, unafraid to take the big risks to deliver the high thrills the platform has been promising – but has thus far failed to deliver – for years.

Traffic Cop VR lets you control traffic. In VR. Sign me the hell up.

Set in the 1950s, Traffic Cop VR puts you in the shoes of a dutiful and dependable traffic cop, who must ensure the safety of the city’s drivers by controlling the flow of traffic at the busiest intersection in town. As any good traffic controller is wont to do, you’ll use hand gestures to guide the motorists down the correct lane at the correct time. Or, in what I’m very confident will wind up happening to all of us, you can just cause absolute chaos in the streets and send cars careening off-course toward other vehicles and buildings, because you go to work every day and pay your taxes and sometimes you just need to watch the world burn, god damn it.

In addition to abusing the powers vested in you by both the community which you serve and the local government which serves them, there are three additional gameplay modes which look like pretty much everything I want in a game. In one mode, you can use a slingshot to shoot at birds as they fly through the sky, most likely minding their own business until some asshole in a uniform decided to start firing on them. Unlikely as a scenario as that seems, it seems compelling enough to keep you entertained for hours.

Another finds the community finally fighting back against police violence and taking matters into their own hands by throwing food at you. Take that, abuse of power! You can catch the food and throw it back, hurl garbage at them from a barrel of trash (that is in no way a metaphor for law enforcement in this country), or eat donuts. I’m sensing a theme here. 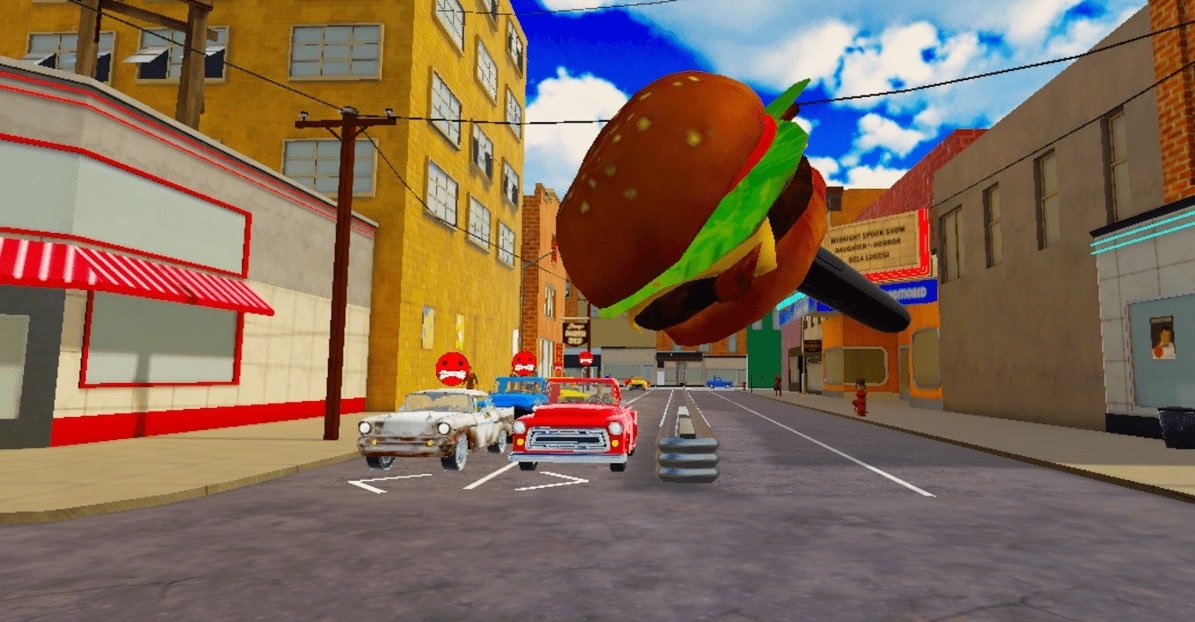 A third mode finds you finally doing something about those aliens entering our country planet illegally! You get a blaster and get to take down planetary refugees to prevent them from invading your community and taking your jobs, I think. Either way, you get to shoot aliens. All snarkiness aside, this game looks amazing and, if you don’t want to play it, I officially hate you. You’re on notice, dear readers.

Traffic Cop VR will be available on May 29 for HTC Vive. Ports for Oculus Rift, Windows Mixed Reality headsets (whatever the hell that is) and PSVR are planned down the road. Finally, a reason to get PSVR!