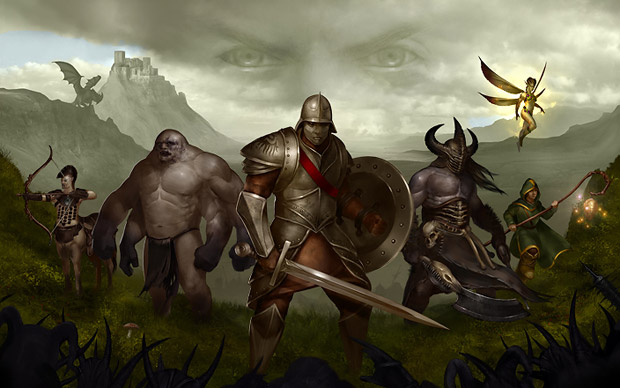 The next project from Ironclad Games, the studio behind Sins of a Solar Empire, has been announced ahead of the Game Developers Conference. Sins of a Dark Age may sound like a spin-off set in a different period, but it’s actually a brand new IP — one that shouldn’t be so initially overwhelming.

“Like Sins of a Solar Empire, which blended 4x with real-time strategy, we’ve taken our favorite elements of traditional RTS and action RTS and added our own twists and turns that result in a completely new and unrivaled strategy experience,” comments Ironclad co-founder Blair Fraser.

Competing teams will consist of a Commander — who handles base building, among other important tasks — and a group of Heroes that push the fight forward. I’m curious to see how these two strategy genres mesh, because the setup sounds incredibly promising. I need screenshots!

Given the MOBA inspiration, Sins of a Dark Age will in fact be free to play. They say this will entail cosmetic purchases; “Players never buy power and never grind to unlock the fun.” If you head to the official site, you can register to hopefully get in this summer’s beta.